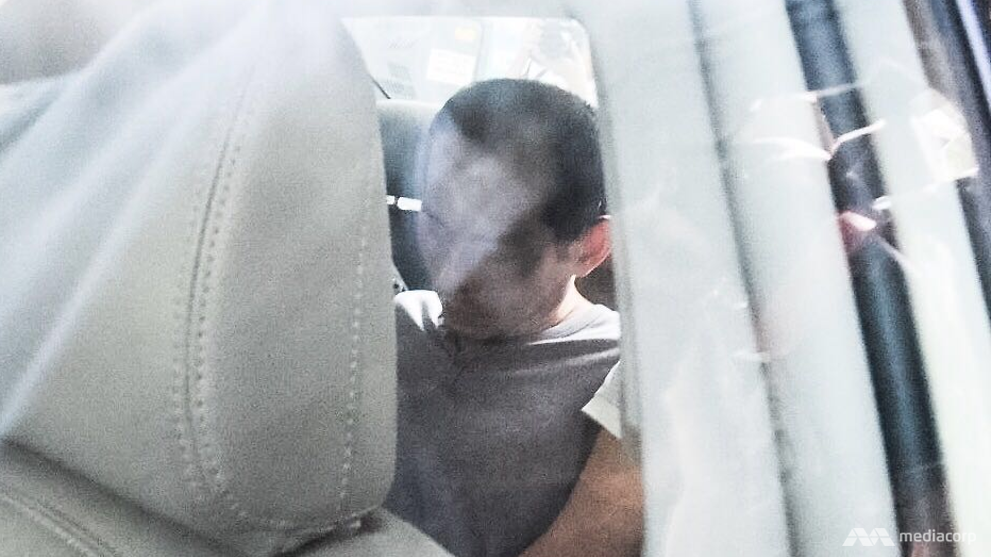 SINGAPORE: A 49-year-old man was sentenced to 12 years’ jail and six strokes of the cane on Monday (Jan 15) for breaking into Choa Chu Kang Combined Temple in the early hours of Feb 14, 2016, and killing a temple helper who lived there.

First charged with murder, Loh Suan Lit pleaded guilty to one count of culpable homicide in the death of 53-year-old Tan Poh Huat.

He was also sentenced to two years’ jail for breaking into a food stall at Beauty World Shopping Centre and stealing cash and jewellery worth more than S$800, making his total sentence 14 years’ jail and six strokes of the cane.

Unemployed and cash-strapped, Loh had hatched a plan to steal the money in donation boxes placed around the temple at 2 Teck Whye Lane and to pocket the gold chains that adorned religious statues at the temple.

Loh purchased tools including a saw, chisel and hammer on Feb 13 before making his way to the temple at about 10pm. He carried the tools in a black backpack, which also contained gloves, surgical masks, a cap and a change of clothes.

When Loh arrived at the temple, however, it was still crowded with devotees. He decided to return later that night. He whiled away the time at a coffee shop nearby, where he popped some pills – later found to contain the sedative midazolam – and watched a football match.

Loh returned to the temple at 2.30am, where he donned a black T-shirt, cap and surgical mask before breaking into the temple. He walked through the temple, attempting to pry open locked doors with his tools to reach the donation boxes and religious statues.

However, Loh realised he was making too much noise and decided to stop and leave the temple empty-handed, Deputy Public Prosecutor Tan Wen Hsien said.

As Loh turned to leave, he was startled by a man’s shout: “Oi!”

Loh grabbed a tool from his backpack and repeatedly hit the man until he was unconscious. In his state of panic, Loh did not realise the man he would kill was an old acquaintance.

The High Court heard Loh and Tan had met in 2008 while playing mahjong. Loh had lent Tan S$200 then, not knowing the next time he would see his friend was in 2016.

When Loh visited the temple in 2016, he bumped into Tan, who lived at the temple and helped around the premises, the prosecution said. Tan refused to pay Loh back.

Loh’s assault was so savage he left Tan with 93 external injuries, according to an autopsy report by forensic pathologist George Paul.

Tan had suffered skull, jaw and nasal fractures, as well as fractures of the hyoid bone and thyroid and cricoid cartilages. He also had a burst right eyeball, and extensive lacerations, abrasions and bruises all over his head and body.

“(Tan’s) head and body displayed round circular marks and bruises consistent with the use of an object with a circular head, such as a hammer,” the prosecution said.

Tan’s body was found lying in a pool of blood at about 7am. There was a trail of bloody footprints leading from the body to the back gate of the temple, and bloodstains on some furniture near Tan’s body.

Loh fled to Malaysia on Feb 19, and was arrested upon his return to Singapore on Feb 24, by which time the police had ascertained his identity via CCTV footage. None of Loh’s tools, which he disposed of the morning after the killing, have been recovered.

A psychiatric report stated Loh “was mildly to moderately intoxicated” at the time of the killing, “but not to the extent that he did not know … that what he was doing was wrongful”.

Loh had claimed he could not clearly recall the killing, blaming this on his consumption of “a large amount of a pink pill” – midazolam – prior to the assault, although Institute of Mental Health psychiatrist Kenneth Koh stated Loh’s judgement “was not significantly impaired” as a result of midazolam consumption.

IT WAS A PANICKED ATTACK, NOT PREMEDITATED: DEFENCE

Defence lawyers Sunil Sudheesan and Diana Ngiam urged the court to sentence Loh to eight years’ jail for the homicide; prosecutors had sought 12.

Loh, frightened by Tan’s shout and subsequent attempt to stop him from getting away by grabbing onto him, “panicked and hit (Tan) with the first tool he managed to draw” from his backpack, Mr Sudheesan said. He noted Tan’s injuries were “haphazard” in nature, a result of a panicked attack – not a premeditated one. “There was no method in the madness,” the lawyer said.

Mr Sudheesan pointed out Tan was found with S$2,868 in cash, “consistent with the fact that Loh had only hit Tan … so that he could flee”, and not so he could continue with his plan to steal.

He also submitted a handwritten letter to High Court judge Chua Lee Ming, in which Loh expressed remorse for his actions.

For culpable homicide not amounting to murder, Loh could have been sentenced to life imprisonment and caning, or up to 20 years’ jail and caning.