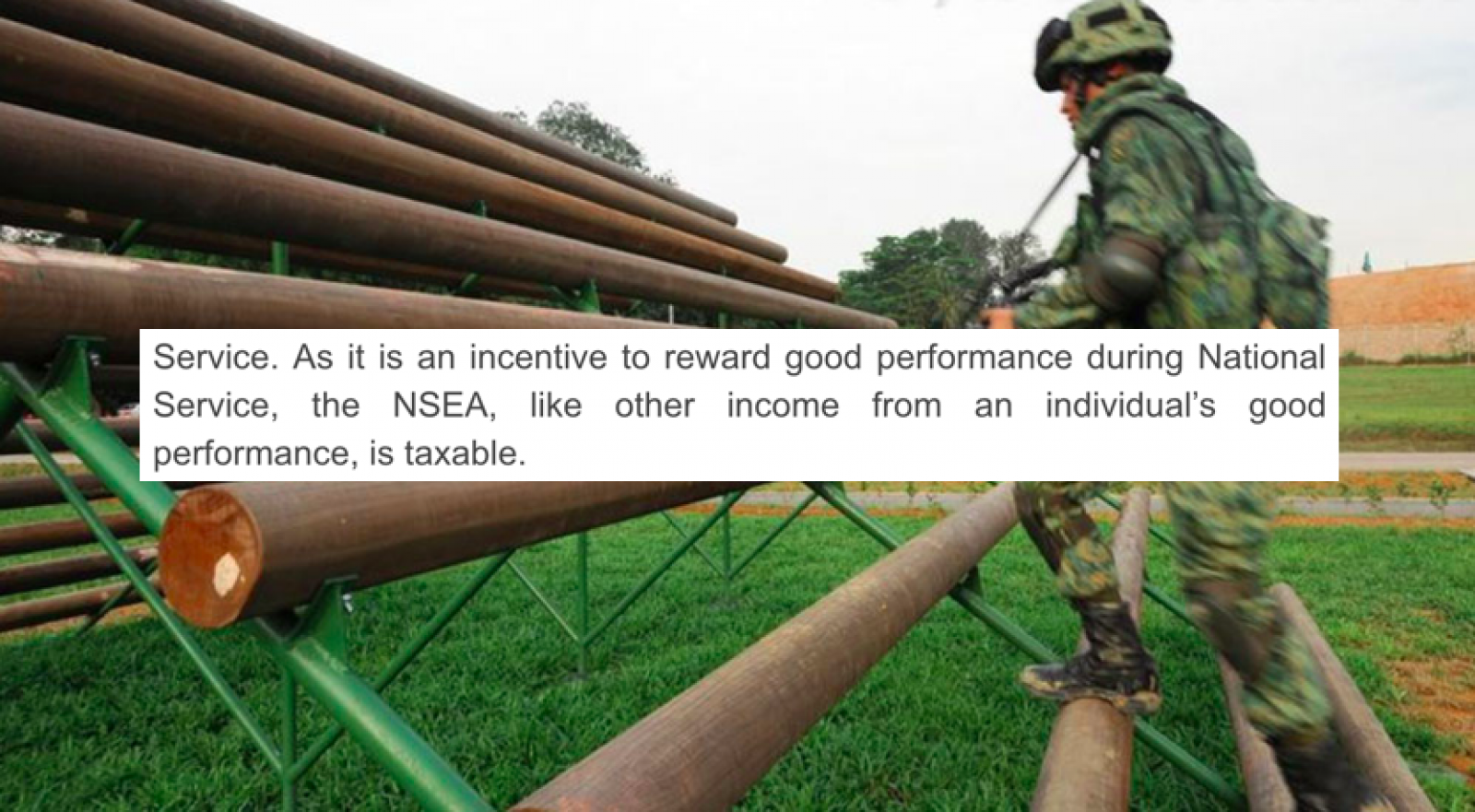 MOF confirms the NS Excellence Award is taxable as it’s an incentive, not a gift

Back in Sept. 2017 we were tipped off about an issue that should concern every kilat NSman.

A Mothership.sg reader who was ranked in the top 20 per cent for his ICT was surprised when IRAS sent him a letter informing him that the NS Excellence Award (NSEA) he received was taxable, and he had to pay income tax for it.

After making inquiries with both IRAS and MINDEF, it seemed that the award was taxable due to its classification as a work performance incentive:

“It seems that the key distinction is that the definition of the NS Excellence Award falls under work performance, and not service excellence (ironically, given the name).

This means that any amount awarded under the NSEA will be taxable.”

Readers were surprised, with some at the time claiming that the website for redeeming the vouchers was down. This made it harder for recipients to benefit from it, though they were still liable to be taxed.

The case attracted the attention of Louis Ng, MP for Nee Soon GRC. On Jan. 3, he posted on Facebook that he would seek clarification in Parliament.

“To ask the Minister for Finance what is the rationale behind the payment of tax by national servicemen on the NS Excellence Award which they obtain for good performance during in-camp training.”

However, where it is a gift from the Government to show appreciation to NSmen in general and is not a reward for good performance, the gift will not be taxable. An example is the NS50 Recognition Package.

To support and in recognition of their service to the nation, NSmen are eligible for a tax relief of between $1,500 and $5,000.”

The reply confirms that the tax is applicable because the award is classified as an incentive. It did not state what steps were taken to communicate this information to NSmen who might not be aware of the tax.

It looks like it’s still up to you to decide whether to go the extra mile and be ranked within the top 30 per cent of your cohort, if the award is to be taxed.

Here are unrelated articles you should check out next:

Free outdoor movie screenings, live gigs and loads of other things to do at SAM in the upcoming weeks

You need to get with the times, both for your bank account and your life