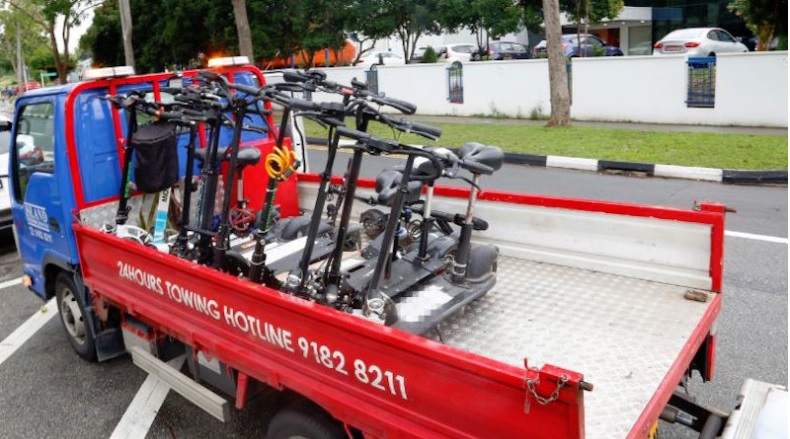 On Monday, the stiffer penalties for Personal Mobility Device (PMD) users caught riding on roads came into effect. But it seemed like some people weren’t aware of the change — or perhaps they didn’t think they’d be caught — as 11 riders were nabbed for doing just that at Loyang Drive in a span of two hours yesterday.

Each individual had their device seized and faced a fine of S$300 for reckless riding, The New Paper reported, noting that some seemed shocked when they were stopped by enforcement officers and fined heavily, while others were spotted abruptly swerving back onto pedestrian paths the moment they saw the officers.

According to the Land Transport Authority (LTA), a total of 38 PMD users have been caught riding on roads this year — and we’re only two weeks into 2018. The number has risen from 22 over the same period last year.

Any PMD user caught riding on expressways will be charged in court. If convicted, they face a fine of up to S$2,000 and a three-month jail term.

To increase awareness, LTA will be conducting a Safe Riding Programme at schools, community clubs, and foreign worker dormitories from Feb 1 onwards for cyclists and PMD users. Also, expect the authorities to ramp up their public education campaign efforts on these new rules over the next couple of months.