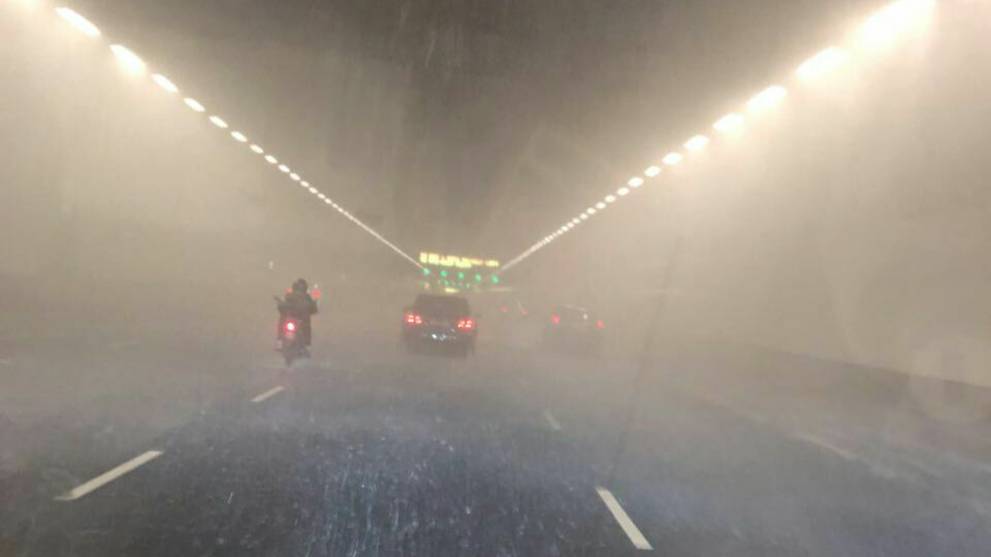 SINGAPORE: A section of the Marina Coastal Expressway (MCE) has been closed off because of a burst pipe, the Land Transport Authority (LTA) said on Tuesday night (Jan 16).

LTA said that a section of the eastbound tunnel on the MCE between the Central Boulevard exit and the Marina Boulevard entrance was temporarily closed to traffic due to a burst water pipe at about 9.10pm.

LTA is investigating the cause of the incident.

SBS Transit also alerted commuters that bus service 30 will be affected due to a road closure.

Muhammad Rizuan, 28, a technical specialist in PSA, said he was completely drenched as he rode his motorcycle on the MCE.

He said he saw "orange crosses being flashed across all lanes" just as he was entering the MCE, which made him wonder if there was a fire in the tunnel. He did not see any burning cars, so chose to ride through the "rain".

"Got drenched in an instant, even if it was just a short moment. Hence the coldness," he told Channel NewsAsia.

Posts on social media said that it was "raining" inside the expressway tunnel.

MCE closed due to burst pipe! It’s raining in there

Last May, there was a slowdown in traffic when the fire-fighting system in the MCE was accidentally activated.