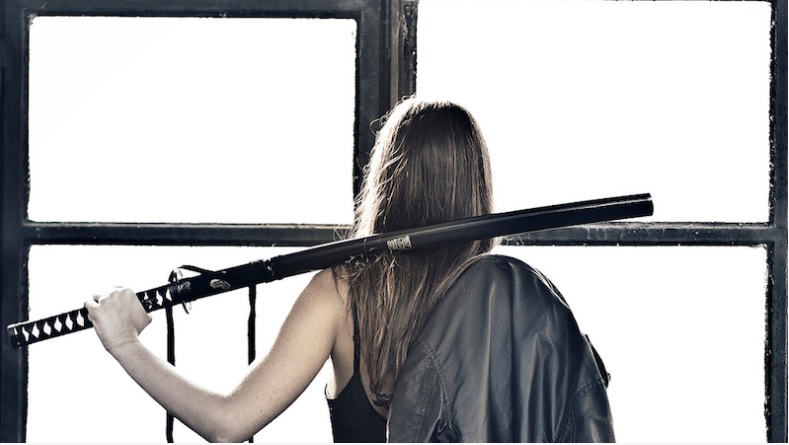 Diners at a coffee shop in Yishun had their meal rudely interrupted on Aug 31 last year by a strange woman who caused quite a ruckus by herself while wielding a lightsaber.

Oh wait, no. Police confirmed that it was actually a toy katana adorned with LED flashing lights.

But toy or not, the lady was sentenced to three months in prison and a S$400 fine yesterday for being a public nuisance and obstructing the duties of a civil servant — she violently resisted arrest by kicking and head-butting a female police officer, Shin Min Daily News reported.

Chen Yuhong, 31, had gone to the coffee shop with a male companion and wanted to share a table with another coffee shop patron. Holding on to some documents, she threw her items on the table.

The other patron was upset by Chen’s actions (who wouldn’t be?) and got into a heated argument with her, before leaving soon after.

But Chen continued to act disorderly and started slamming the table while speaking on the phone 15 minutes later. Even when her companion tried to take her away from the coffee shop, she loudly refused to do so and warned him not to touch her.

According to Shin Min, another patron noticed that she had a “samurai sword” with her, and called the police. Cops who arrived at the scene brought her to a nearby void deck for questioning. No doubt, the first question would have been why the hell she was carting the toy sword around.

Later, when the officers tried to arrest Chen, she became agitated and continued resisting them, even after she was forcefully subdued. Chen continued verbally abusing the cops while she was taken to the police car, taunting them by saying that they would have to “break her legs” for her to get into the vehicle.

A female officer attempted to move Chen’s feet into the car, but the struggling lady kicked her left hand before head-butting her in the forehead.

Chen could have been slapped with the maximum fine of S$1,000 for causing public nuisance, while it could have been up to seven years in jail and a fine for obstructing the duties of a civil servant.