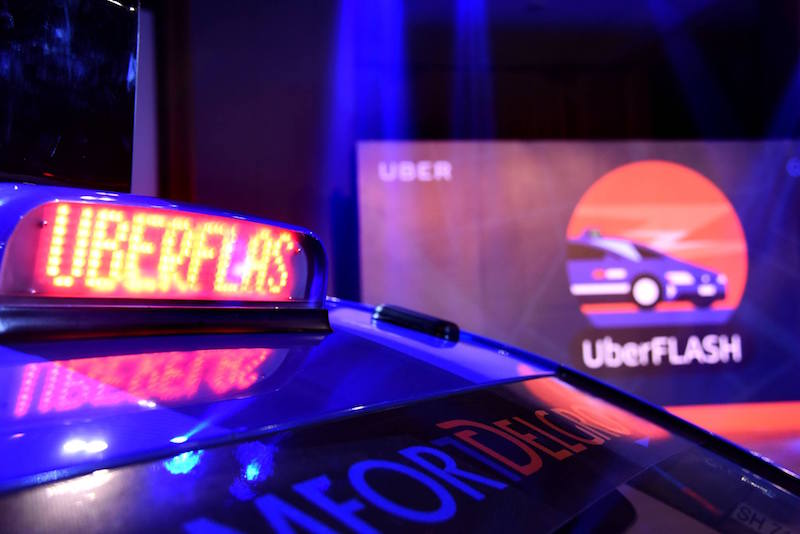 Today’s the day you can get ComfortDelGro cabs on Uber, with up to 10 percent cheaper fares

Uber Singapore has officially joined forces with ComfortDelGro taxis today as of 6am, in the form of a new service on the ride-hailing app called UberFLASH. Regular deal hunters will be happy to know that the fares charged by this new option will be about five to 10 percent lower compared to an average uberX ride.

Some stats to keep in mind before you get on the platform: the base fare starts at S$3, with a S$0.45 distance fare per km and a S$0.20 time fare per minute. Other standard Uber charges such as a wait time fee of S$0.20 per minute after three minutes and a cancellation fee of S$6 after five minutes will apply too.

In comparison, if you hail a ComfortDelGro taxi on the street, the flag down fare ranges from S$3.20 for a Hyundai Sonata to S$3.90 for a Toyota Prius, Hyundai Ioniq, or limousine cab.

But the cab company’s tie-up with Uber also means that taxis will now be subject to surge pricing, where the dreaded “fares are higher due to increased demand” message appears whenever prices soar sky high. However, the app will, of course, reflect the fares upfront before users book their ride, so you’ll know what you’re getting yourself into.

TODAY noted that the new service also promises to cut back on waiting time and send riders to their destinations more quickly. (Although we’d hope that safety won’t be compromised in the process.)

According to Channel NewsAsia, ComfortDelGro drivers will have to meet the requirements and terms and conditions by Uber before they are included in the new service. Under the partnership, Uber will receive a 10 percent cut on bookings by ComfortDelGro taxis, which is lower than the 20 percent commission it takes from private-hire drivers.

apply code then cheap sibo... after promo sure cost more

5 % to 10% variation compared to other normal rides is cheap.