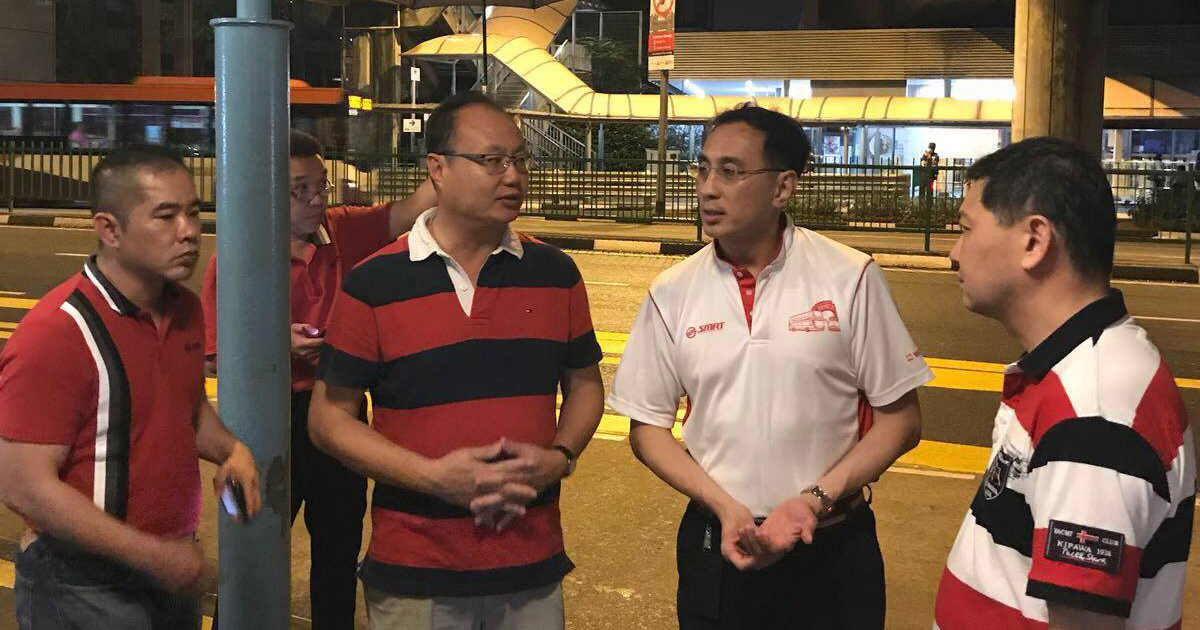 The Straits Times reported on Jan. 18, 2018 that SMRT chief spokesman, Patrick Nathan, has resigned from the company.

The was that when quizzed, the public transport operator could not communicate affirmatively if his resignation has come to pass.

Nathan himself dismissed news of his departure as “rumours” — which is an irony because he is in charge of communications.

However, the bigger bombshell buried inside the article was that SMRT CEO Desmond Kuek is expected to step down as well.

SMRT CEO expected to step down

In case you missed it, buried inside the ST is this line that should have been the headline:

Observers are expecting chief executive Desmond Kuek to step down as well.

This is perhaps the second time in a few short months that ST has confidently and unambiguously reported that Kuek’s time in SMRT is about up.

Previously, in November 2017, the call for Kuek to step down was etched into the national consciousness.

The “Should SMRT CEO Desmond Kuek step down?” question was high on the national agenda with ST calling attention to it in an unambiguous way:

The rationale as to why ST could take such a confident stance was probably because it knows something the public is not privy of — most likely information provided by inside sources.

One person quoted by ST rationalised the benefit Kuek’s departure can achieve: Which is closing the “credibility deficit”.

Singapore University of Social Sciences economist Walter Theseira said: “I think the question is who is the best positioned to effectively lead SMRT into the future. I think current management has made more progress than is visible to the public. But what they clearly have is a credibility deficit with the public, who only sees the outcome and not the work behind the scenes.”

As to the question, “How much time Desmond Kuek needs to change SMRT’s culture?”

How much time does SMRT CEO Desmond Kuek need to change the company’s culture?

Well, not much apparently.

Did he volunteer to step down? Anyway, more than rich and can retire happily

will you stepdown if your pay is that much?