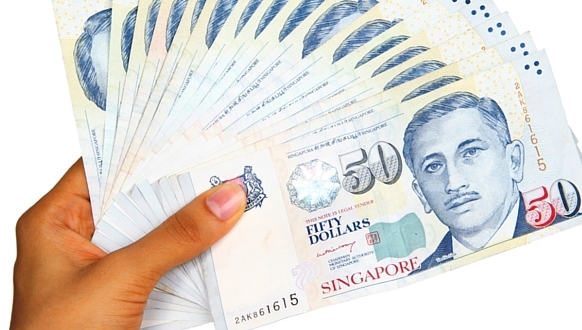 55-year-old Aisha Pari Mohamed Ayub had fabricated stories of an inheritance in Pakistan from her late father of $1.7 million from the sale of his land.

Asking for money to pay authorities so she could claim the money, she promised to repay the loan with interest as a “token of appreciation”.

Aisha was convicted 20 out of 381 charges in total on Friday (19 Jan). 18 of said charges were of cheating, while the other two were of abetting forge a Subordinate Courts’ letter and a letter from the Monetary Authority of Singapore.

She had been running a clothing shop in Golden Landmark Mall in 2010 when she conceived her plan in October that year. She told her visitors of her huge inheritance from her late father in Pakistan, and sought money from them to help pay fees to the Pakistan and Singapore authorities.

She also sought help from others, including 65-year-old Aldebab @ Saripah Abu Bakar, who had placed her artwork for sale in Aisha’s shop. As Aldebab could not help Aisha financially, she used her as an agent to source potential victims.

Aldebab was unaware that Aisha had lied about the inheritance.

Aisha was first arrested on 15 Dec in 2011, but did not report to the Commercial Affairs Department for her bail extension. She was re-arrested in March last year.

Between 2011 and 2017, she came up with a new scam - she was entitled to receive money from the sale of her matrimonial home in Saudi Arabia, which had happened due to a marriage annulment.

Tactics she used to substantiate her claim included using one of her distant relatives and a man called Rasul to forge documents supposedly issued by public agencies and institutions, having Rasul forge bank statements, as well as issue dud cheques.

She admitted that she’d gambled some of the money away at Marina Bay Sands. She also claimed to have handed a large amount to her ex husband, Hani Ghalib Masoudi, in Jakarta, Indonesia.

Some of the money was also used to make partial re-payments to old victims so they would give her more money.

The case has been adjourned to 6 March 2018, whereby she will then be sentenced after victim impact statements have been recorded.

Serve them right for being greedy

The money business is always a fishy thing it will make you defame without proper control.

Ha,ha, those that were cheated, deserved to be cheated, as they were greedy! No free rides in this world. Serves them right!