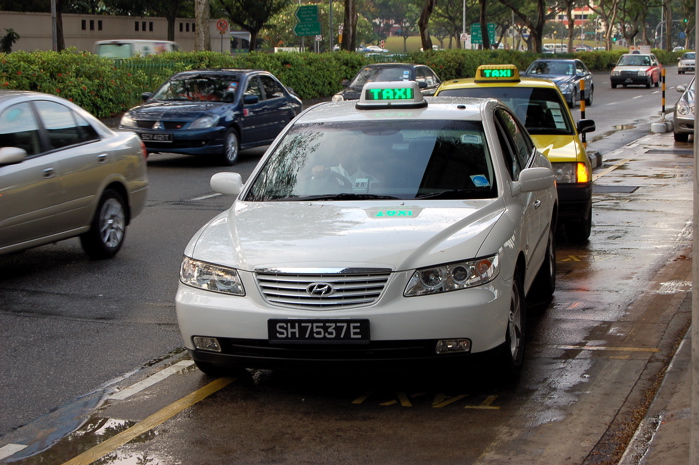 A trio of men had ganged up on a taxi driver in a 2016 road rage case, and the third accused has finally been sentenced - to four weeks’ jail.

22-year-old Jason Ang Li Jie had been in a parked Honda Civic with Dickson Goh Teck Long, 26, and Ho Chwee Kwang, 32, in a one-way lane in Serangoon Gardens. As Choo Beng Heng, 49, drove past in a taxi, Goh opened his door, almost hitting the cab.

Choo wound down the window and told Ho to watch out for moving vehicles. Ho then got out of the car to confront him, yelling vulgarities.

Choo ignored him and drove off. He then noticed Ho following him closely behind, and pulled over at a petrol station. As he got out of his taxi to ask why he was being followed, Ho, Goh and Ang all alighted and assaulted him.

Ho punched Choo in the face multiple times. As Choo tried to block the punches, he fell. Ang then pushed him in the chest twice, and Goh kicked him in the back.

They stopped and fled when Choo pressed the emergency button in his taxi.

Choo was hospitalised for two days and given three weeks of outpatient leave. He had suffered fractures in his face and was sore on the right side of his chest.

Ho and Goh have earlier been sentenced to eight and five weeks’ jail respectively. They have completed their sentences.

Deputy Public Prosecutor Derek Ee noted that this had been an unprovoked group attack, and that Ang had attacked when Choo had been trying to fend off the other two men.

hahaa.... You all think cab drivers are for you to bully? Think again... Dun act with brainless thinking.

caning is a must.please think before you act.now go in and think more carefully

Should be one caning and 6 months jail, in my humble opinion...😔