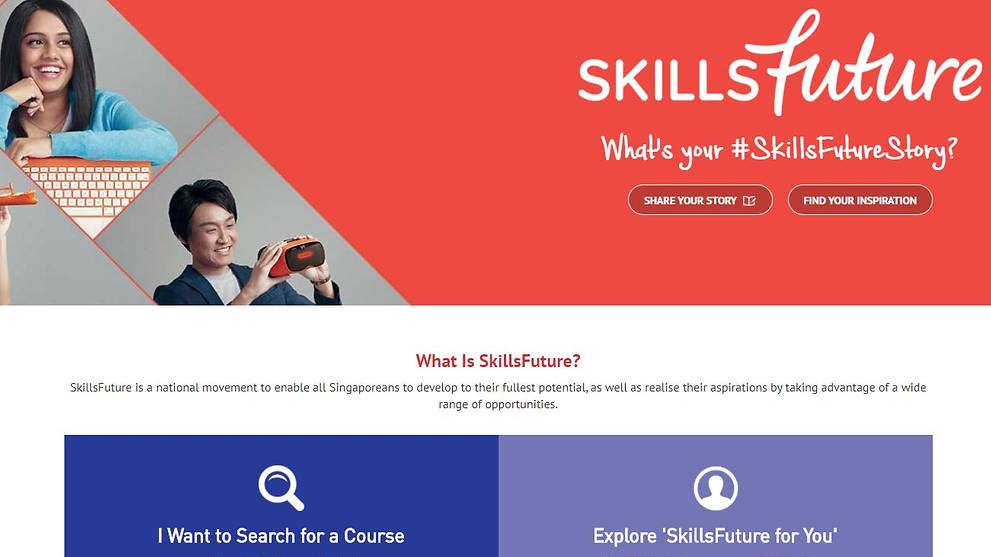 His son later found out that S$450 had been deducted from his father's SkillsFuture account.

SINGAPORE: As 2017 drew to an end, 63-year-old hawker Ang Lian Son was approached by three men and a woman at the Toa Payoh coffeeshop where he works, and was told to spend his SkillsFuture credits.

Mr Ang still had the full amount of S$500. The “sales representatives” who visited him on Dec 30 told him that the credits would expire in two days, and that he would lose out if he did not use them.

They then suggested that he use the credits to get a tablet. They told him that all he had to do was to give them access to his credits and pay S$5 in cash.

Without any knowledge of how the SkillsFuture scheme works and unaware that he had S$500 in credits to be used for courses, Mr Ang believed the sales representatives and allowed them to access his SingPass account to log onto the SkillsFuture portal.

They also helped Mr Ang change his password as he could not recall what it was. They were able to do it on the spot as they had what was required - access to Mr Ang's identification card and mobile phone to which a one-time pin was sent in order to change the password.

Speaking to Channel NewsAsia, his son Mr Andrews Ang, a 38-year-old software engineer, said he later found out that S$450 in SkillsFuture credits were deducted from his father’s account.

“When my dad told me he got a tablet for S$5, I told him it cost him S$455. It didn't occur to me that it was a serious case until three days later, when we received a letter that his SingPass password was changed,” he said.

The brandless tablet was not working well, and there was no way to get in touch with the sellers, the son added.

"I told him this SkillsFuture credit is not for buying things. I don't think this is legal. The elderly may not go for courses so they don't know these things," said the younger Mr Ang.

All Singaporeans aged 25 and above receive a S$500 credit from the Government to attend courses by approved training providers, as part of a national movement to encourage lifelong learning. The credits will not expire and are not transferable.

In response to queries from Channel NewsAsia, SkillsFuture Singapore (SSG) said it is aware of the case and is looking into the matter.

“This incident is a clear breach of the marketing guidelines,” a spokesperson said, adding that under guidelines issued by SSG, the use of gimmicks such as lucky draws and freebies by course providers to promote their programmes is not allowed. The use of misleading marketing techniques to promote their courses as “free” or “paid for by the Government” is also prohibited.

The spokesperson added that SSG takes a serious view of any individual or organisation that abuses the SkillsFuture Credit scheme and will not hesitate to act against those who flout the rules.

The police confirmed that a report has been lodged.

When contacted, Mr Jeffrey Tan, the owner of the company listed under the SkillsFuture claim, said he was not aware of such an incident.

“This is very serious and I will be investigating this. We are not allowed to do such things. Our aim is to equip people with skills to conduct e-commerce through Amazon,” he said.

False claims for SkillsFuture credits are not unheard of but in the case of Mr Ang, he was misled into buying an item, thinking it only cost him S$5.

Early last year, action had been taken against 4,400 people who submitted false claims, effectively encashing their SkillsFuture credits without attending any courses.

Most recently, SSG gave details last month of a massive scam which resulted in close to S$40 million in fraudulent claims being paid out by the agency. A criminal syndicate had used business entities comprising companies and training providers to submit fake claims.

An inter-agency task force has now been set up to conduct a "thorough review" of SkillsFuture claims following the scam, Education Minister Ong Ye Kung said in Parliament earlier this month.

Last August, SSG and the police had also issued a joint crime advisory to warn members of the public against individuals who impersonate themselves as government officials to obtain SingPass credentials. SSG also publishes advisories on its Facebook page, said the spokesperson.

The public may report cases of inappropriate publicity efforts on SSG's feedback portal.