SINGAPORE: Two 11-year-old boys, believed to be classmates, have been missing since Thursday (Jan 18) afternoon. The police are appealing for information on the whereabouts of Javier Teo Ren Jie and Axel Lim Jun Wei.

Facebook user Leftone Shady - who referred to Javier as "our son" in a post she put up on Thursday afternoon - said that Javier was last seen at Park Green condominium with his classmate, Axel.

She added in an update that both Javier and Axel went to "play Buddy cards at Rivervale Plaza and may have been last seen there".

It is unclear how she is related to Javier. She referred to Javier as "our son" in the Facebook post, but also stated that she is not his biological mother.

The post was shared more than 6,000 times by Friday afternoon.

Anyone with information should call the police hotline at 1800-255-0000 or submit information online at www.police.gov.sg/iwitness.

All information will be kept strictly confidential, the police said.

Waste of police resources. Proper parenting should be looked into.

What do we learned from here. Where are they now. Probably making their own decisions. But soon they'll give up. Singapore is still save if you're lucky 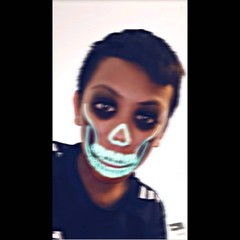 why are kid missing