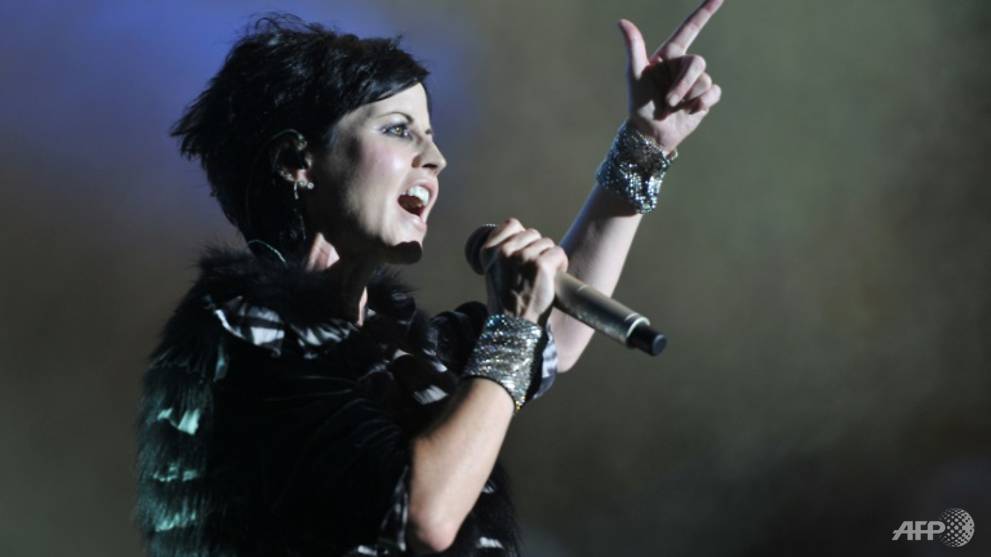 In our regular light-hearted look at something making the headlines, Genevieve Loh picks out her favourite alternative rock giants from the 1990s.

SINGAPORE: When I first heard about the sudden passingof 46-year-old Dolores O'Riordan - the lead singer of The Cranberries - on Monday (Jan 15), I found myself flooded with emotions.

Even though Dolores and The Cranberries had largely fallen off my radar in recent years (apart from sporadic wine-fuelled nostalgic musical trips down memory lane via Spotify), the Irish alternative rock band was a significant contributor to the soundtrack of my youth.

In fact, you’d be hard-pressed to find a 1990s Singapore teenager who didn’t have Zombie or Ode To My Family playing on repeat on their Discman for hours on end, or attempting to karaoke Linger after a break-up.

Inimitable Irish lilt and definitive melodies and lyrics aside, Dolores, with her shy demeanor, rock-star talent, cropped hair and Doc Martens, was also the subtle personification of 1990s cool and female empowerment. She led the way for other amazing female lead singers in the decade who fronted bands, owned entire stadiums and galavanised a generation of teenage girls.

The subliminal influence of Dolores and The Cranberries has certainly not been lost on us, which got us thinking about all our favourite alternative rock bands that defined the decade and gave us everything from Macarena to My Heart Will Go On.

Chosen simply for their popularity with and the impact they made on the 1990s Singapore teen, this is by no means a definitive and exhaustive list of alternative rock giants. Just a nostalgic walk down music’s memory lane.

The undeniable genius of Kurt Cobain, Krist Novoselic and Dave Grohl’s definitive music was the reason why the entire 1990s smelt like teen spirit. Every lyric, every note, every strum was an arrow through our teenage hearts and resonated with the depths of our young minds.

Ask anyone and they will tell you that Smells Like Teen Spirit was the song that not only defined the 90s but also blew up the music word. But Nevermind, everyone already knew that.

A band name considered incredibly un-Singaporean yet so perfectly in sync with the disenfranchised local youth of that time. Arguably the pioneers of local indie bands and self-published music, The Oddfellows not only produced and financed their debut album Teenage Head before it was picked up for distribution by a record label, they also made history when their single So Happy became the first Singaporean song to top the charts of local radio station 98.7FM.

The torchbearer for local bands, The Oddfellows’ underground to mainstream success paved the way and inspired other 1990s stalwarts such as The Padres, Humpback Oak, Force Vomit and Concave Scream. Patrick Chng, Johnny Ong, Vincent Lee and Kelvin Tan must be so ... ha-a-a-a-py.

They were fashioned as the bad boys of rock, formed in 1983 and led by vocalist Wong Ka Kui. Critics called them “the independent, alternative band … that represented an important counterpoint to the all-pervasive Canto-pop” – a big reason why they were so popular with the disenchanted 1990s teenager.

Unfortunately, Beyond’s frontman Wong was tragically killed following an accident on a promotional tour in Japan, at the age of just 31. Remaining members Paul Wong, Wong Ka Keung and Yip Sai Wing continued to make music but they eventually broke up in 2005.

Still widely considered one of the most influential bands to ever emerge from Hong Kong, Beyond and their music crossed borders and languages with great success all over Asia including in Japan, Malaysia and Singapore.

Perpetually squabbling and foul-mouthed Gallagher brothers aside, Oasis (alongside Blur) were undeniably Singapore's introduction to the decade-defining Brit Alt-Rock-Pop genre.

No one wants to admit it, but Champagne Supernova and Wonderwall still remain, until this day, one of the most requested songs in Singapore's most frequented karaokes.