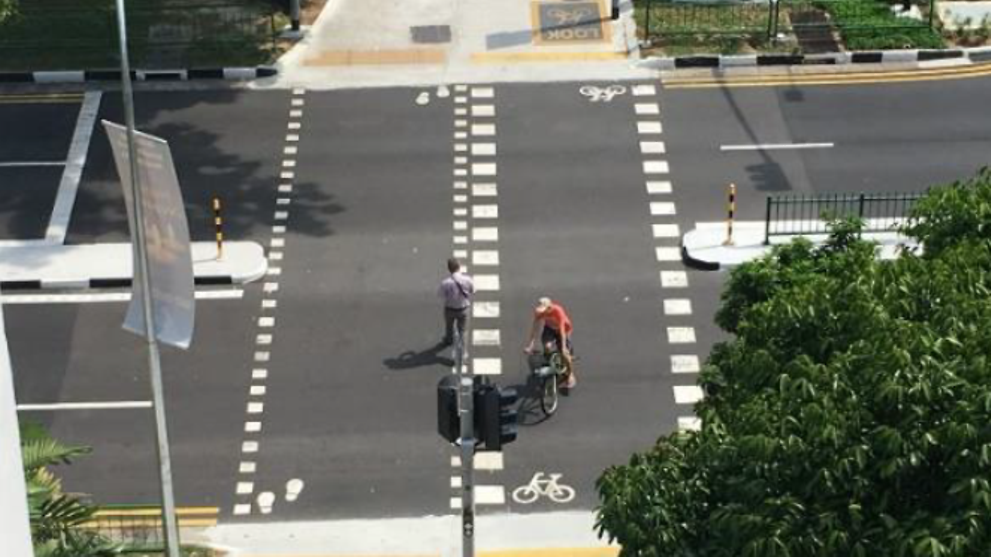 SINGAPORE: Cycling around Bedok is now safer and more convenient with the completion of a 13km network of dedicated cycling paths.

The paths, painted in red, connect cyclists or riders of personal mobility devices between their homes and major transport nodes in the town. The marked paths also help pedestrians keep a better look out for bicycles coming their way.

Cycling paths are recognisable by the red paint. (Photo: LTA)

There are also new bicycle crossings on the roads as well as more wheeling ramps at staircases.

LTA said it will expand Bedok’s cycling network to connect to the upcoming Siglap and Bayshore MRT stations on the Thomson-East Cost Line when they are operational after 2020.

As part of the Government’s plan to make housing estates more cycling-friendly, every HDB town will have its own cycling network by 2030.