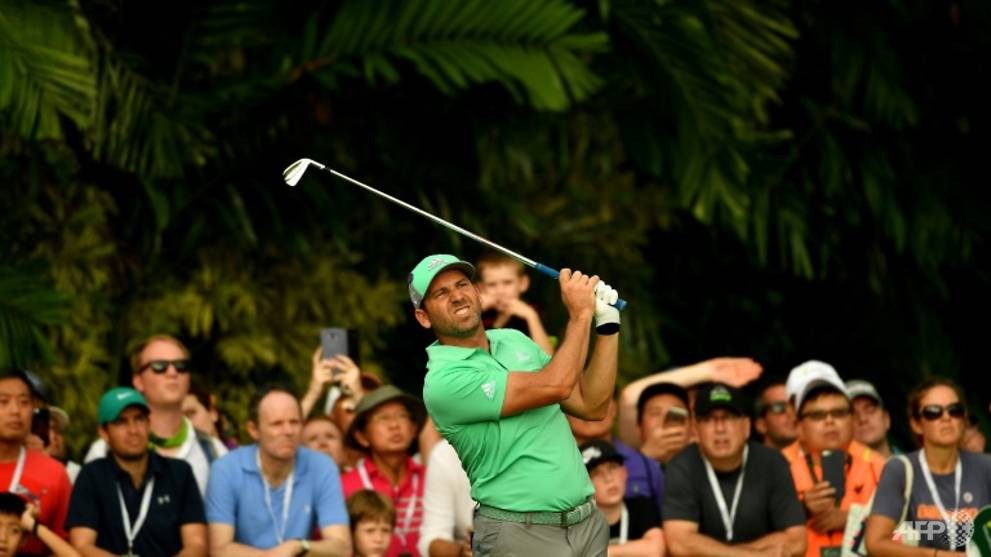 SINGAPORE: US Masters champion Sergio Garcia had his game interrupted for the second day running at the Singapore Open as a lightning storm halted play at the Sentosa Golf Course on Saturday (Jan 20).

The world number 10 had teed off on round three just after 2.30pm but was halted by rain. Play resumed about an hour later but was again called off in the early evening due to the lightning risk.

Sixty-two golfers, including Garcia, will resume round three when play restarts on Sunday morning.

The fickle Southeast Asian weather has frequently disrupted play at the Singapore Open in recent years, with organisers looking at a possible Monday finish should the frequent storms continue.

Garcia only managed to complete his second round on Saturday morning but had a frustrating time missing several birdie putts on the back nine.

At seven-under after nine holes in round three, the Spaniard is now in a joint third spot group alongside playing partner Ryo Ishikawa of Japan.

Ishikawa, 26, thrilled with four birdies in 10 holes for a second round 66, briefly joining Thailand's Chapchai Nirat in the lead but fell back after beginning round three.

Chapchai, who lost his Asia Tour card last season and only made it onto this week's field because of his earnings, has appeared to bounce back in spectacular form.

At nine-under after nine holes, he has managed to hold on to the clubhouse lead for the second day running, sharing it with compatriot Danthai Boonma.

"I won't be overthinking about the tournament, just going to enjoy the experience here," Chapchai said.

Top scores after round 3 of the SMBC Singapore Golf Open (par 71) before play was suspended: