Wall tiles in HDB kitchens and bathrooms suddenly crack and pop off – is poor workmanship the cause again? 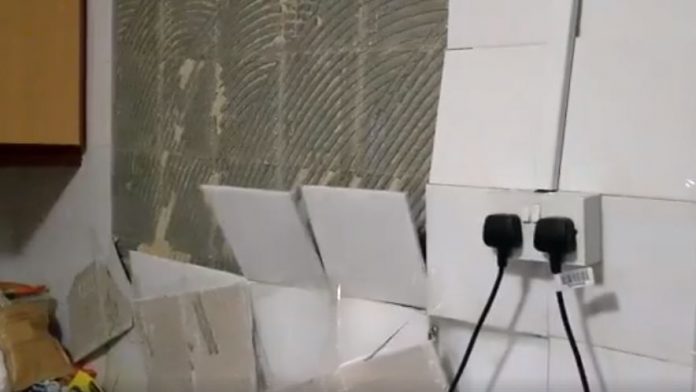 Following reports of “exploding” floor tiles in Housing Development Board (HDB) public housing units, homeowners have been highlighting that the tiles on the walls of their units are also becoming dislodged and falling off the walls in alarming new reports.

More homeowners have reported that the wall tiles in their kitchens and bathrooms have been popping up and becoming dislodged, after this video of wall tiles falling off the kitchen wall in a HDB flat began circulating online:

The homeowner or tenant who shot the video appears to have posted the video online anonymously but claims that the unit featured in the video is a 20-year-old HDB flat located in Jurong West and that the tiles came loose a few months before the video was shot so they secured it with tape before that measure too failed.

Think Singapore building quality would be like India...buildings can fall apart...