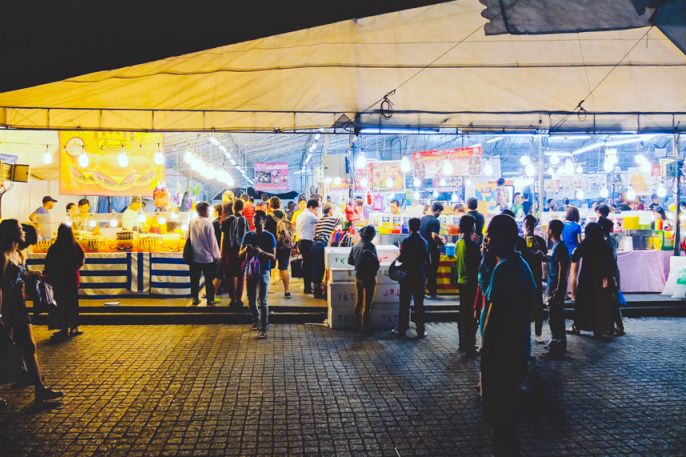 1 year’s jail for man who threatened to chop stall assistant over spectacles!

He had asked if he could remove the lenses to a pair of glasses, but when the stall assistant said he would have to purchase them, he got aggressive.

47-year-old Gan Boon Hin was sentenced to one year’s jail on Monday (22 Jan). He had threatened to chop the stall assistant, Lee Jian Peng, after his request to remove the lenses was denied.

Gan shouted at Lee at a pasar malam stall on 16 Oct last year. A scuffle erupted and he punched the 22-year-old Lee in the chest.

Lee called the police, but Gan threatened to get his friends to beat him up.

Gan left, but returned with a chopper and swung it down on Lee’s stall table multiple times.

Gan also dared Lee to exit the stall and face him. Lee placed a metal pole at the stall entrance to prevent Gan from coming in, and contacted the police again, saying his life was in danger.

A similar offence of Gan threatening a taxi driver with a chopper in Marsiling was considered in the sentence, as well as Gan refusing to let his photograph and finger impression be taken at the police station. He also has unrelated convictions of theft and drug offences.