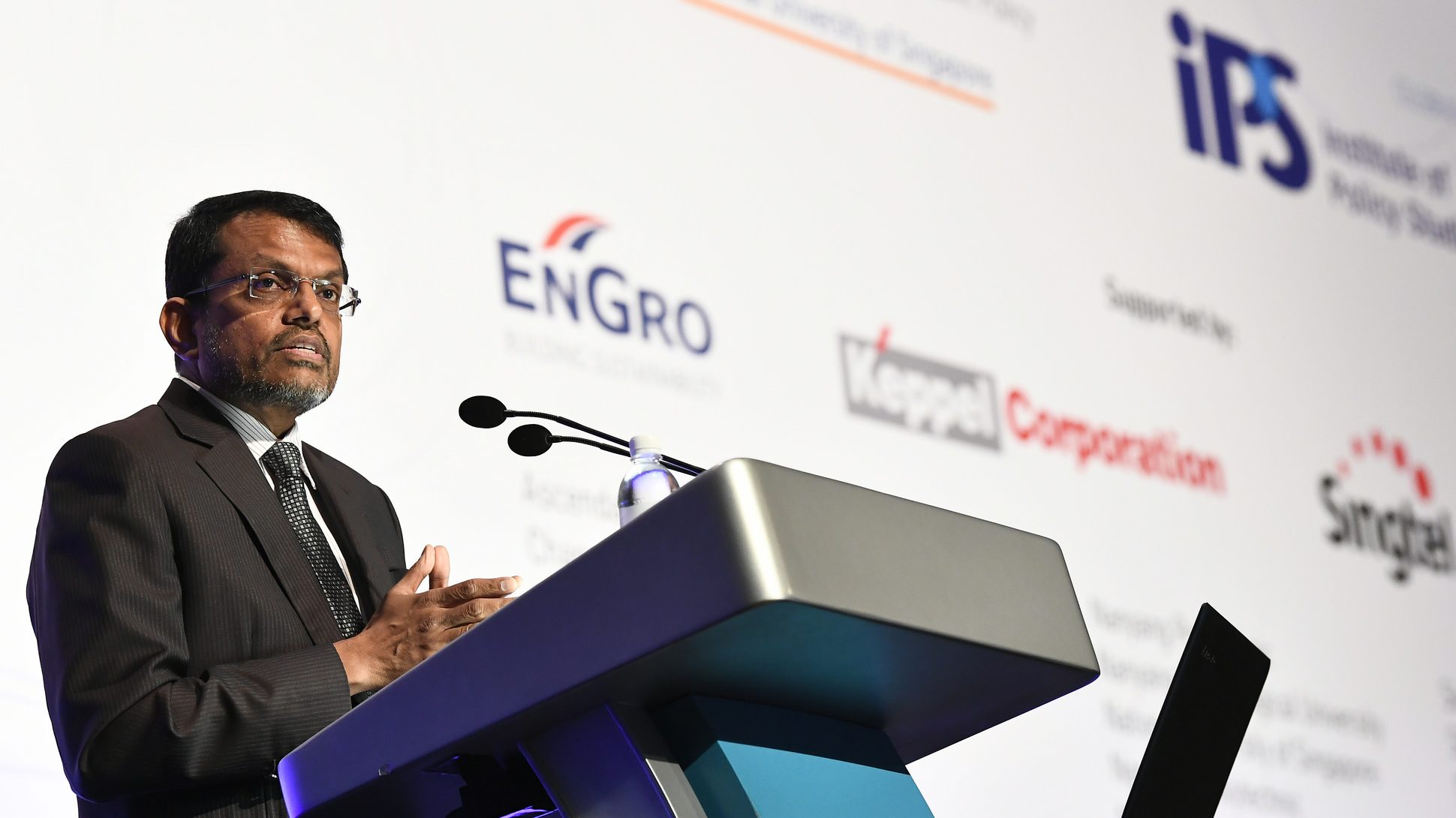 Here’s a sobering population projection from the Department of Statistics: If we don’t allow more people to enter Singapore, compared to those leaving Singapore, Singapore’s resident working age population (Singaporeans and PRs in the age bracket of 15-64) will decline from 2020 onwards.

If we implement a zero net increase in foreign workers from this year, the overall labour force will decline from 2022.

And here’s where our gross domestic product is projected to trend, if the above two scenarios are made reality:

We hear these numbers courtesy of one of the most powerful men in Singapore: Ravi Menon, chief of our central bank — the Monetary Authority of Singapore (MAS).

Ravi mentions them as part of a two-part solution to the oft-discussed, and perhaps not really seriously taken, population problems Singapore has been facing.

Speaking on Monday morning at the Institute of Policy Studies’ annual Singapore Perspectives conference, he said Singapore’s labour force participation rate has lagged behind other countries in the Organisation for Economic Co-operation and Development (OECD).

Breaking these numbers down, Ravi found that it wasn’t our older workers who were lagging behind in terms of being part of the workforce — as it turns out, for the age bracket of 40s through 50s, there are 15 per cent fewer women who are working in Singapore than men.

Ravi says it will help if we can narrow the gender gap from 15 to 11 percentage points — which is the level seen in Germany and The Netherlands — because getting more Singaporeans to join the labour force will add to our growth.

It’ll be paltry, though — doing so will only up our workforce size by 2 per cent:

So what else can be done?

The obvious — have more babies.

But, of course, Ravi acknowledged this hopeful, almost pipe dream, will strongly buck years of previous downward slides, and clearly, no one chooses to have babies to boost future economic growth:

“Recovery in the TFR is the best and most lasting solution that we can have. But its positive effects on the labour force can only be achieved in the very long run.

Assume the TFR rises steadily from the current level of 1.3 to 2.1 replacement over the next 15 years — now obviously it will have immediate impact on resident population and this will accumulate over time. Immediately you have a pick-up of resident population…

But the recovery in the TFR will not have any perceptible effect on the labour force and GDP growth until nearly 2040, as shown by the orange line. It will take time for the extra babies born in the next 15 years to start entering the labour force.”

At the end of the day, though, the situation looks bleak for Singapore — population trends-wise.

“We should also make balanced choices. We must accept a slower rate of labour force growth. The underlying demographic slowdown is so severe that it is neither feasible nor desirable to try to offset it completely through immigration or foreign workers. But we must allow a certain rate of net immigration to augment the resident population.”

Especially if our productivity contribution to GDP growth (versus head-count) is anything to go by, compared with other countries:

Top photo courtesy of the Institute of Policy Studies, NUS

Productivity...start with how Many MPs does it take to.run a tiny island.....how Many foreign workers to build a flat....and how Many Singaporeans end up.driving taxi bcos they are driven out of jobs.