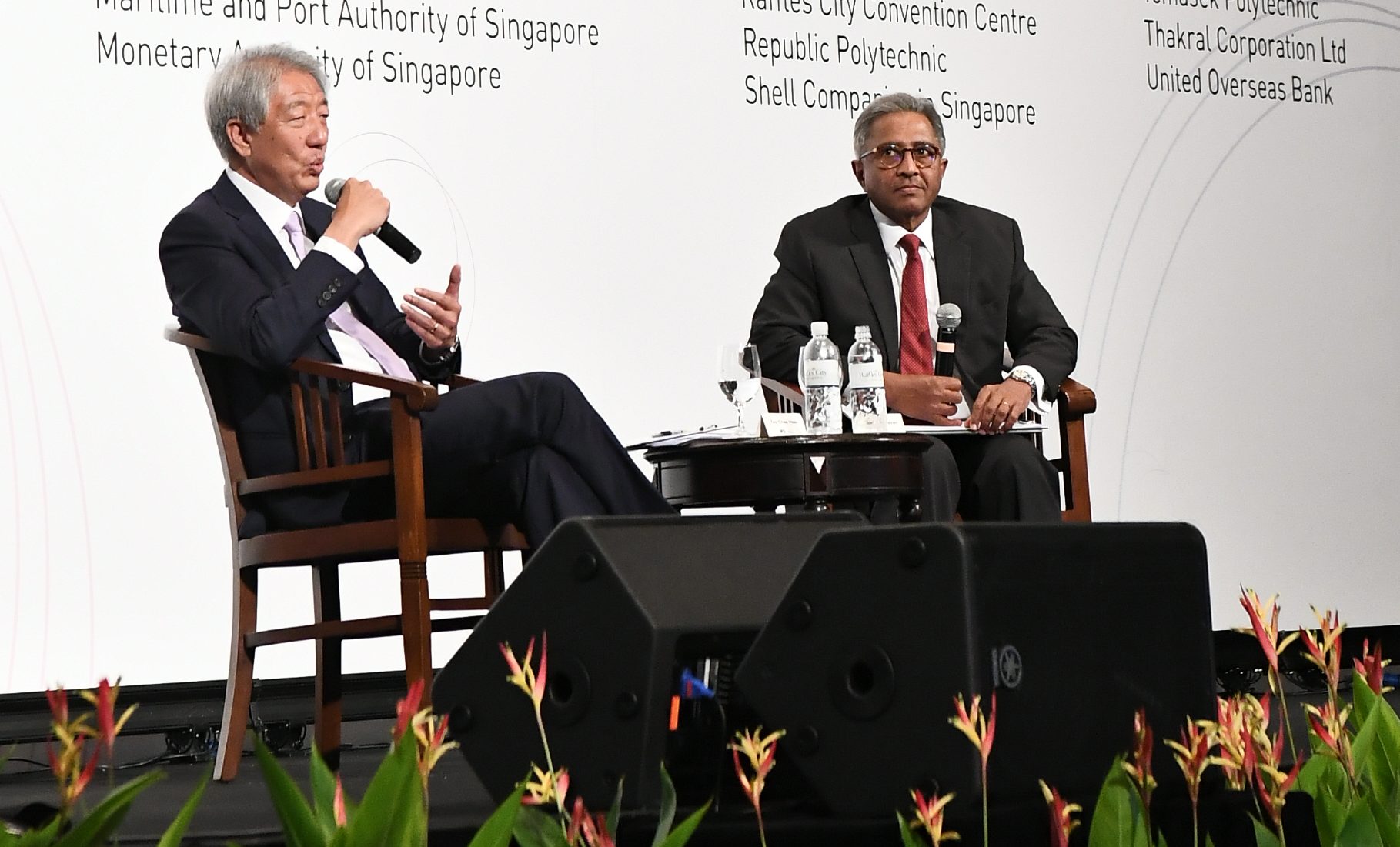 The issue of international surrogacy typically isn’t really talked about in Singapore, in large part because there are few cases of them.

This topic recently emerged in public consciousness and stirred debate, however, when reported about the case of a gay couple who were not allowed to legally adopt a four-year-old boy whom one of them had with a paid surrogate mother in America.

And at this year’s Institute of Policy Studies (IPS) Singapore Perspectives conference, with its topics centring on ageing and Singapore’s population woes, Ambassador-at-large Chan Heng Chee found the perfect chance to raise it with Deputy Prime Minister Teo Chee Hean at the tail-end of a lunchtime dialogue he helmed.

His response? A very cautious one, is all we can say — but you’ll get to see it in full later.

In case you’d like to know, by the way, there are no laws governing surrogacy here, although the Ministry of Health that bar assisted reproduction centres from carrying out those procedures for parents:

In summary, DPM Teo made the following points:

The government is fine with adoption.

But international adoption has to be treated carefully, because of the ethical issues that arise.

Surrogacy, and especially international surrogacy, is something they “have not moved on” because they want to take it “very very carefully and very very slowly”.

Singapore’s position of having babies in wedlock is a good one because it is stable and provides a “framework” to bring up children in.

Ultimately, prudence is the better path.

So here’s what was said between DPM Teo and Chan:

Chan: Actually it was Janadas who started it. Because you talked about surrogacy. Recently there was a case, where a lawyer, a male lawyer was not allowed to adopt a child, bring back a child that he fathered through surrogacy. In a country where we are so challenged for babies, I think there are lots of women in their 40s, single, who never got married, who may want to have children or adopt children. How will the society look on if they decided to through surrogacy have a child? And what will be the attitude of the government?

I know there are religious, you know, reactions to this but you asked for crowdsourcing of ideas…

Janadas: hahaha, you want to respond?

DPM Teo: Well the whole subject of adoption is — I mean, we are okay with adoption. But the whole subject of adoption has to be treated very carefully, particularly when it’s international adoption. Now you will have Heng Chee and others in this room, who will have heard of the celebrated case of an Australian couple who had surrogate children in Thailand. Twins. They decided to take one of the twins, but not the other, because the other twin was a special needs child.

There was another case, which was also unfortunately in Thailand, which has now tightened up their surrogacy rules, paid surrogacy rules, of a young man who is the son of a billionaire, and he was found to have surrogately founded something like 16 or 17 children. And there was a picture in the newspapers with ladies carrying 16, 17 babies. And he was reported to have said that his aim was to have 1,000 surrogate babies.

Now again, I mean… so one has to deal with these issues that… new methods, new technology brings forth. These are important and serious ethical issues which one has to deal with. And I don’t think we should rush headlong into them. The position which we have in Singapore is, I think a good position in that almost all children in Singapore born in wedlock, fathers and mothers, and that gives society a certain stability and a certain framework in which we bring up children.

I think those societies which have undergone very very rapid social and familial transitions have also encountered some serious challenges. We don’t know who is right, we don’t know who is wrong, but I think this is one of those issues which I think a little prudence is probably the better path.

The end… for now.

Top photo courtesy of the Institute of Policy Studies, NUS