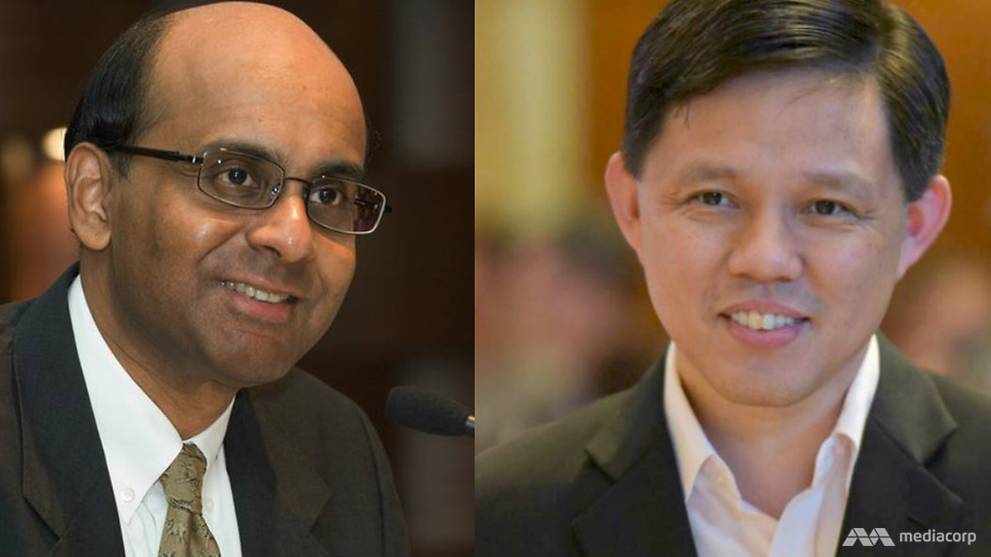 DPM Tharman and Mr Chan will be attending the meeting from Jan 23 to Jan 26.

DPM Tharman, who is also the Coordinating Minister for Economic and Social Policies, and Mr Chan will share Singapore's priorities for ASEAN this year at various sessions, given that Singapore is ASEAN Chair in 2018, said PMO on Monday (Jan 22).

They will be attending the meeting from Tuesday to Friday.

The ministers will each participate in discussions on future economic strategies, ways to promote infrastructural investment and workforce development, among other issues, said PMO.

Accompanied by officials from the PMO, Ministry of Foreign Affairs and Monetary Authority of Singapore, they will also be meeting several government and business leaders.

World leaders attending include Indian Prime Minister Narendra Modi, Germany's Angela Merkel and Britain's Theresa May, said AFP. US President Donald Trump's attendance is in question as he deals with a standoff on Capitol Hill that has kept the US government shut down since Friday.

The annual meeting of the global elite will have the overarching theme of Creating a Shared Future in a Fractured World.

chan, tongue tied, can't talk for nuts, if he is pm, time to migrate! arrrrh.