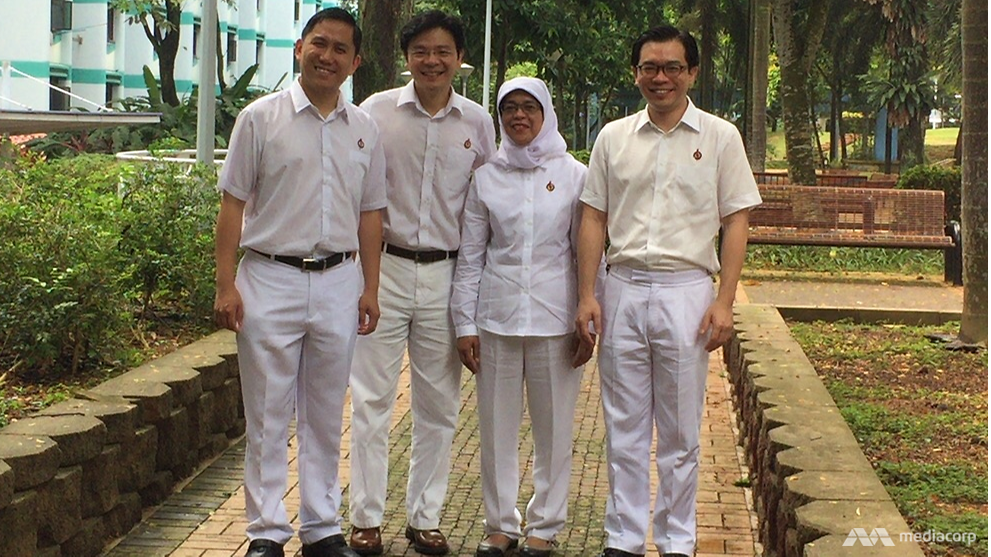 SINGAPORE: The High Court has reserved its judgment on a legal action asking the Government to call for a by-election in the Marsiling-Yew Tee Group Representation Constituency (GRC). The challenge was brought by Singapore Democratic Party’s assistant treasurer Wong Souk Yee.

Dr Wong had submitted the legal challenge last year after President Halimah Yacob resigned as Member of Parliament for the GRC to contest the presidency, leaving three MPs to run the GRC.

Dr Wong contested the GRC in the 2015 General Election and has an interest to run again should a by-election there be called, court documents stated. She also lives in the GRC.

During the three-hour hearing on Monday (22 Jan), both Dr Wong, represented by lawyer Peter Low, and Deputy Attorney-General (AG) Hri Kumar Nair made their arguments before Justice Chua Lee Ming.

Dr Wong submitted that the court ask Prime Minister Lee Hsien Loong to advise President Halimah to issue a writ of election for the GRC, or that all Members of Parliament in the GRC vacate their seats in order for a by-election to be called.

In her submission, Dr Wong referred to an article under the Singapore Constitution that sets out the filling of vacancies. Article 49 (1) states that whenever an MP’s seat becomes vacant “for any other reason other than a dissolution of Parliament”, the vacancy “shall” be filled by election.

Dr Wong said a plain reading of this article was that a by-election was indeed required by the Constitution in the case of Marsiling-Yew Tee GRC. She also emphasised on the phrase "shall be filled", which she said meant that the obligation was mandatory.

In contrast, the article uses the word "may" to describe the filling of a seat vacated by a Non-Constituency Member of Parliament (NCMP)," Dr Wong added.

Dr Wong said if a by-election could not be ordered by the court, she applied to the court that the remaining MPs vacate their parliamentary seats, to satisfy section 24 (2A) of the Parliamentary Elections Act.

This section says that no writ shall be issued for an election to fill any vacancy in a GRC, unless all its MPs have vacated their seats.

Dr Wong also interpreted another article in the Constitution to mean that there must be a minority MP in a GRC until Parliament is dissolved.

In response, Mr Nair said Dr Wong’s arguments were “fundamentally flawed” and that her application should be dismissed. He said Dr Wong’s interpretation of Article 49 (1) that a by-election be called whenever any GRC MP or a minority GRC MP’s seat falls vacant is “plainly wrong”.

Mr Nair said the Government’s interpretation is that a by-election is only required when all GRC MPs have vacated their seats. He added that Article 49 (1) does not even apply to GRCs, given that the article was enacted when there were only Single Member Constituencies (SMCs).

Mr Nair said Dr Wong’s application is asking three elected MPs in Marsiling-Yew Tee GRC to resign, but it does not set out “any legal basis” on which the court has power to do so.

“It is therefore incumbent on the Applicant to show that every Member of Parliament is under a specific and enforceable public duty to resign his seat when any of his GRC teammates’ seats are vacated,” his submission read.

“However, there is nothing in the nature of a Member of Parliament’s role which points to such a public duty.”

Mr Nair also responded to Dr Wong’s interpretation that there must be a minority MP in a GRC until Parliament is dissolved. He said the GRC scheme was designed to ensure minority representation at the point of elections.

Had Parliament intended for by-elections to be called when any MP including minority ones vacated their seats, Mr Nair said it could have easily done so. Instead, he quoted a speech by then Deputy Prime Minister Goh Chok Tong in 1988, during the second reading of the Constitution Amendment Act.

Mr Nair said the language and the Parliament’s intention “are as clear as day” and that a feature of the GRC scheme was that a by-election would not be called when one or more members of a GRC vacates his seat.

Mr Nair said this intention protects MPs regardless of which political party they are from.

“In the event that an MP from an opposition GRC resigns, the government cannot call a by-election for that whole GRC,” Mr Nair said.