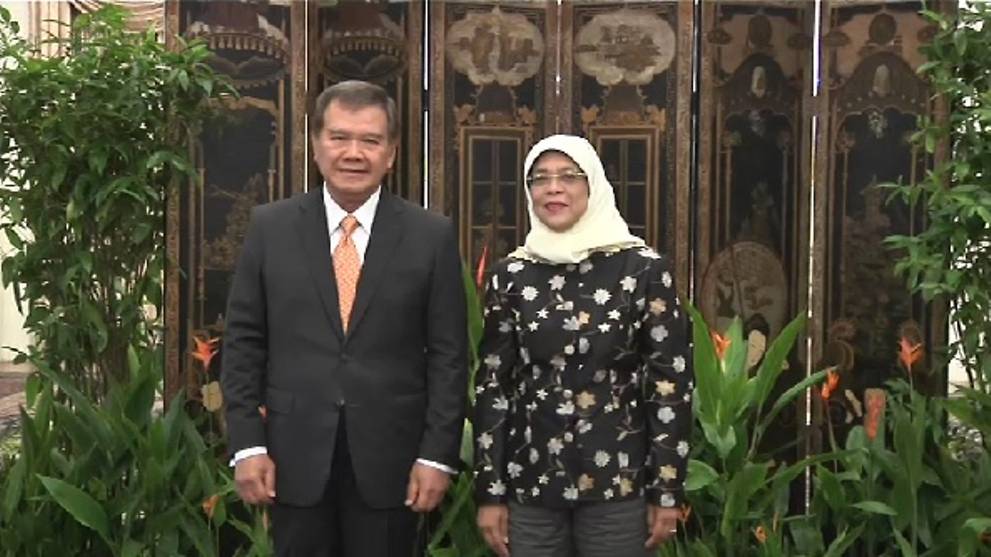 Mr Abdullah Tarmugi (left) with President Halimah Yacob (right) at the swearing-in ceremony at the Istana on Monday (Jan 22).

SINGAPORE: Former Cabinet Minister Abdullah Tarmugi was appointed a permanent member of the Presidential Council for Minority Rights with effect from Jan 10.

He was sworn in at the Istana on Monday and was presented with his letter of appointment by President Halimah Yacob, the council said in a news release on Monday (Jan 22). He took his oath before Justice Steven Chong Horng Siong.

The Presidential Council scrutinises laws passed by Parliament to ensure that no provision in those laws discriminates against any racial or religious community.

The council is currently chaired by Chief Justice Sundaresh Menon and consists of 17 members.