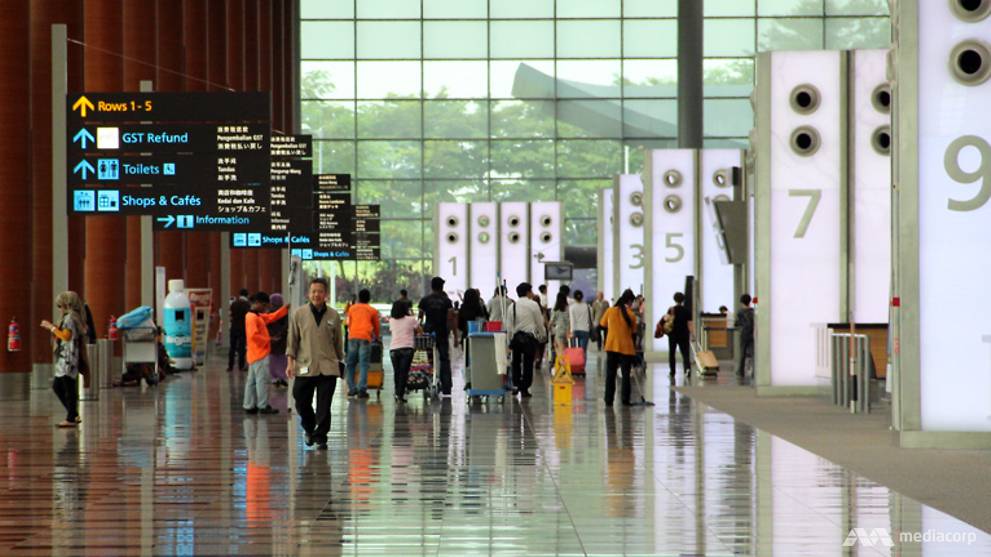 SINGAPORE: Changi Airport saw a record 62.2 million passengers pass through its doors in 2017, it announced on Tuesday (Jan 23).

The full year figure - which extends the record 60 million passengers announced on Dec 18 - is up six per cent from the previous year, Changi Airport Group (CAG) said in a media release.

The China and India markets led the growth with increases of 12 per cent and 16 per cent, respectively.

This was aided by the opening of new city links in these two countries and increased flight frequency to existing destinations, CAG said.

In addition, 10 new links have been created between Singapore and cities in China, with Hebei Airlines flying to Singapore for the first time serving Harbin, Shijiazhuang and Yantai. Four new destinations were also marked in India, with more frequent flights to Delhi, Bangalore, Chennai and Coimbatore on JetAirways and IndiGo.

When asked whether Changi Airport is still one of the key aviation hubs in the world, CAG managing director for air hub development Lim Ching Kiat said that it is maintaining its position as sixth in terms of international traffic.

However, he added that "at the end of the day, it’s also not just about the numbers game".

Looking forward, the International Air Transport Association has forecast that the Asia-Pacific region will grow from 2.5 billion to 8.5 billion passengers in the next ten years. By 2036, China, India and Indonesia are expected to be among the top five air travel markets in the world.

To serve this growth, CAG is working on developing its Changi East project, which will house Terminal 5, which is expected to add capacity of 50 million passengers per annum in its initial phase. Works have already begun on its three-runway system, which will open by 2020, it said.

The airport also crossed the two million tonne mark on cargo handling for the first time, growing by 7.9 per cent to reach 2.13 million tonnes last year.

Changi Airport has developed its cargo handling capabilities with a focus on its capacity to safely and quickly handle pharmaceuticals, perishable products and eCommerce mail as these are set to be burgeoning markets in Singapore and the region in the near future, it said.

To draw more passengers through the airport, Changi Airport is also firming up land and sea connections. Since last year, passengers have been able connect between the airport and Tanah Merah Ferry Terminal via an inexpensive shuttle bus, making travel onward to Bintan and Batam more seamless, it said.

There are plans to further develop the fly-cruise tourist industry with collaborations signed with various cruise companies, which are expected to bring in more than 600,000 visitors over the next four years, according to the airport.

The airport group said more European destinations are set to open up as well. Last year, Norwegian Airlines began operating a low-cost flight to London Gatwick Airport, while budget airline Scoot began its direct flights to Athens. Connections to Munich, Berlin, and Warsaw have already been announced for this year, firming up Singapore’s connection to eastern Europe.