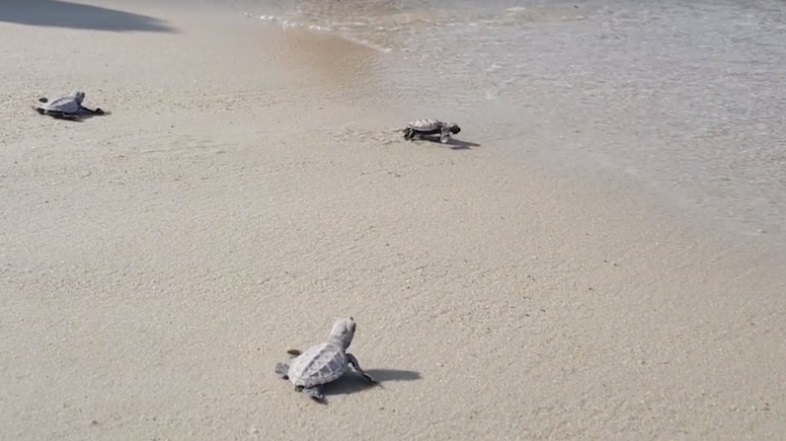 For the first time since 2010, hawksbill turtles hatched on the sandy shores of Tanjong Beach in Sentosa. The 106 hatchlings emerged out of eggs buried in the beach on Friday morning, making it the third time that the critically-endangered species has hatched in Singapore since August.

The nest was first spotted by a beachgoer on Nov 10 last year, while the other sighting in Sentosa before 2010 was in 1996.

Sentosa Development Corporation said that officers from the National Parks Board (NParks) took measurements and checked on the baby turtles before releasing them into the sea. A barrier had been constructed around the nest during incubation period to keep the eggs away from natural predators such as monitor lizards and crabs, a Sentosa spokesperson explained to The Straits Times, adding that daily checks were performed.

Although not much is known about turtle nesting habits in Singapore, it’s actually not uncommon to find these creatures nesting on tropical beaches, a turtle ecologist told ST.

Watch the little ones make their way to the waters below.

Wow! Who is so lucky to have spotted them.😁🙂 Amazing!!