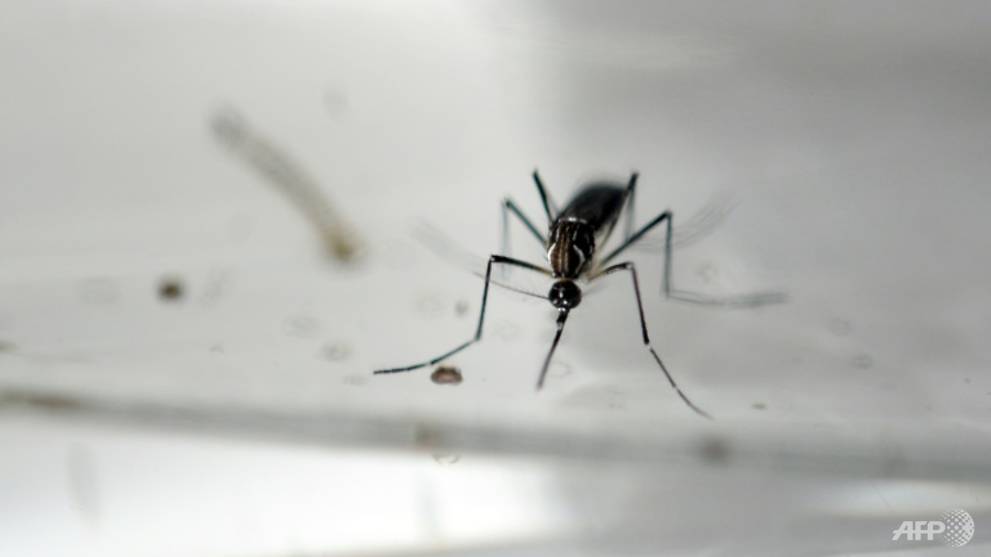 The Aedes aegypti mosquito, which carries Zika and the dengue and chikungunya viruses, is widely prevalent in India. (Photo: AFP/Marwin Recinos)

SINGAPORE: After nearly four months without a reported case of Zika virus infection, the first case of 2018 was confirmed last Thursday (Jan 18).

It is also the first case since Sep 29, 2017, according to the Ministry of Health.

The ministry said on Tuesday that the patient sought outpatient treatment and is recovering well. It did not respond to queries on where the infection originated and declined to provide more details on the case, citing patient confidentiality.

The first case of locally transmitted Zika in Singapore was reported in August 2016 and by the end of that year, about 450 people here were confirmed to have been infected.

The virus, spread by the aedes aegypti mosquito, has been associated with neurological diseases such as microcephaly, which causes babies to be born with a smaller head due to abnormalities in the development of the brain.

The reasons behind this were not linked to Zika. It added the other 14 women gave birth to babies with no signs of microcephaly.

According to the National Environment Agency website, there are currently no Zika clusters in Singapore. The Jan 18 case appears to be an isolated one.

Zika, PTB, all comes in with the foreign workers!