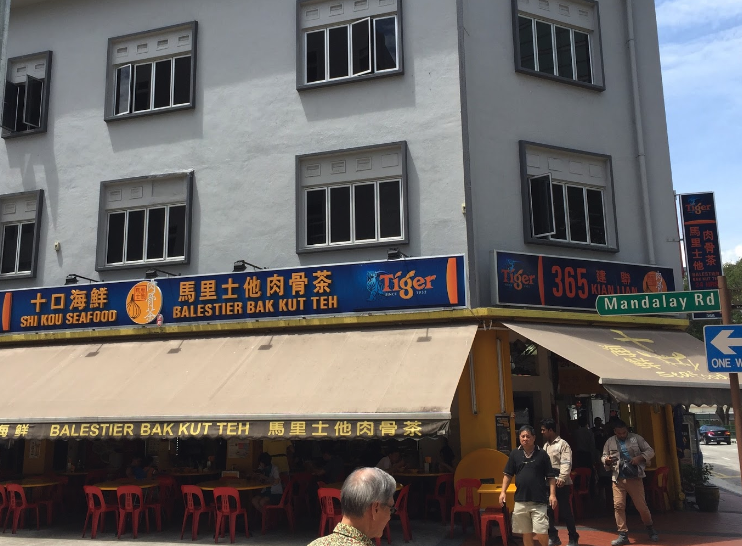 He’d thrown chopsticks at a waitress and caused a ruckus with some friends at a popular bak kut teh restaurant - with everything caught on camera. On Tuesday (23 Jan), Tay Soo Yong was fined $4,000.

The 51-year-old foot therapist was charged for threatening behaviour towards Cheng Weihui at Balestier Bak Kut Teh (Kian Lian) at 2.17am in August last year. He and a second accused, Toh Kian Teck, had been caught on video.

Tay, 53-year-old Toh, and two other men had gone to the shop after a heavy drinking session in Toa Payoh. They appeared to be intoxicated.

Cheng had replaced the cutlery on the table and walked to take an iPad for orders. Toh yelled at her in Hokkien that he would like to order, but she did not respond as she does not understand the dialect.

Believing she had ignored him, he got agitated and threw a chopstick in her direction.

Tay also became angry and threw a bunch of chopsticks at her, causing her alarm.

They shouted about the “arrogant” attitude of the staff, and Toh threw more cutlery on the floor. He also flung a chair against a rack and pushed an industrial food steamer on the ground.

Toh will be dealt separately for his involvement.