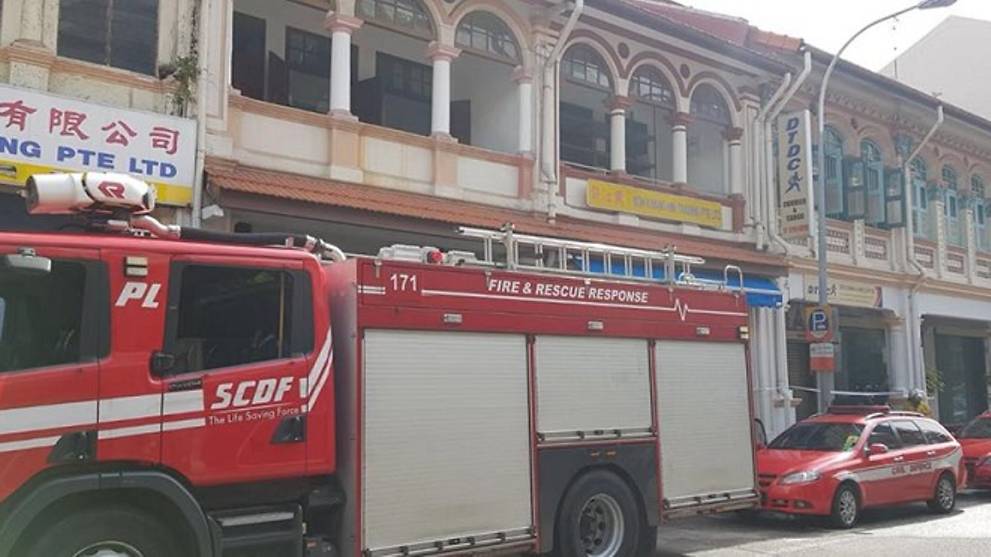 Fire breaks out at shophouse off Jalan Besar; 3 people evacuated

The fire was confined to a small area in an office unit on the 2nd storey. (Photo: SCDF)

SINGAPORE: A fire broke out at a shophouse along Sam Leong Road on Wednesday morning (Jan 24), prompting three residents to be evacuated.

In a Facebook post, the Singapore Civil Defence Force said it was alerted to the incident at 32 Sam Leong Road off Jalan Besar at about 9.26am.

In a subsequent post at 10.27am, SCDF added that the fire, which was confined to a small area on the 2nd storey office unit of the shophouse, was extinguished using one water jet.

Mr Clarence Tay, who works at Jalan Besar Plaza, told Channel NewsAsia that he came down from his office to take a closer look after hearing a loud fire engine siren.

He said that there were police officers blocking the entrance to Sam Leong Road at around 9.50am.

Three people were evacuated from the shophouse unit by police officers before SCDF arrived. No injuries were reported and the cause of the fire is under investigation, SCDF said.