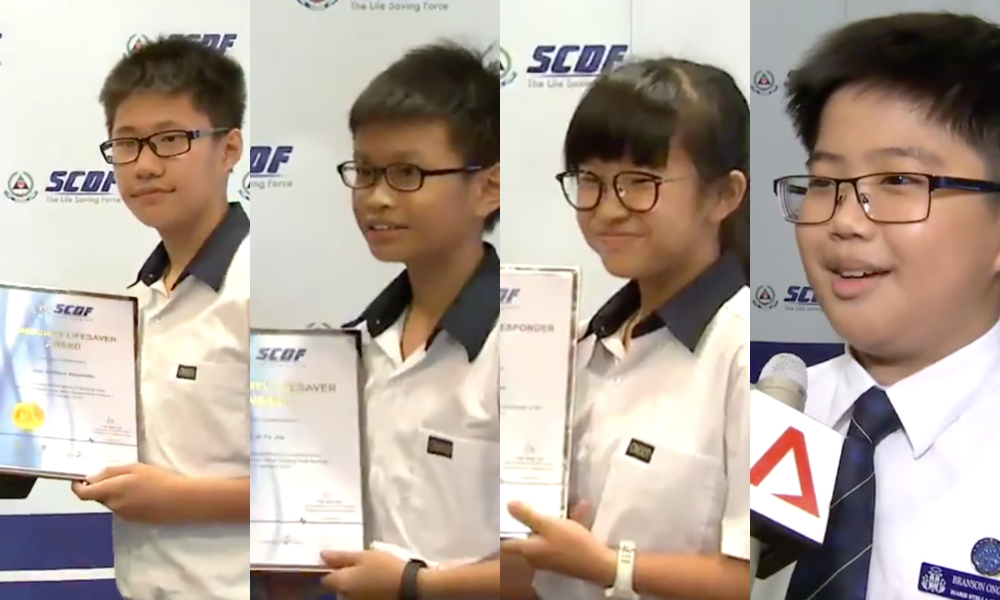 12-year-old among 4 who helped rescue boy trapped under car: “I didn’t know I’d get an award”

It’s not every day you hear of a story like this — so heartwarming it is that it sounds like something out of a model essay.

Last Wednesday (Jan. 17), these four smiley Singaporean 12-year-olds received awards from the Singapore Civil Defence Force after springing into action to save a boy whom they saw trapped under a car at Geylang East Avenue 1.

According to , the four students witnessed the nine-year-old boy getting trapped under the car’s front wheels after he was knocked over while using a zebra crossing.

They immediately assisted in helping to lift the car up and away from the boy with other members of the public, identified as Huang Han Xiang, Govindan Meyyappan and Wong Kit Soe.

Seow then dialled for an ambulance, borrowing a passerby’s phone.

The injured boy was then taken to KK Women’s and Children’s Hospital, and is recovering well despite reportedly losing a lot of blood, according to one of the boys.

And at an SCDF ceremony on Tuesday, the three boys were given the SCDF’s Community Lifesaver Award, while Seow received the Community First Responder Award.

VIDEO: 12-year-old Branson Ong, on being one of the first to help a boy trapped under a car https://t.co/fR99HB4Urr pic.twitter.com/55f4OdVBVY

Ong was interviewed by Channel NewsAsia regarding his experiences, and what he had to say was pretty endearing.

Singaporeans had high praise for them: