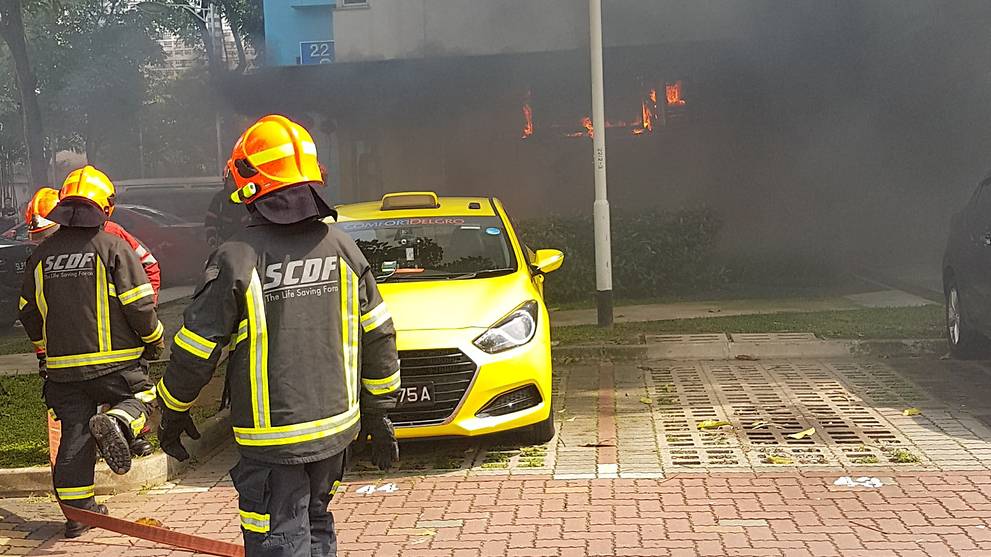 The Singapore Civil Defence Force (SCDF) said it was alerted at around 10.45am to the fire at Block 22, Boon Keng Road which involved an exhaust duct at the restaurant.

One water jet was used to extinguished the fire and no injuries were reported, said SCDF.

A video sent in by Channel NewsAsia reader Muhammad Shahin showed the exhaust duct on fire, with black smoke billowing.

Several firefighters and a Red Rhino were also seen at the scene.

SCDF said the cause of the fire is under investigation.

Fire again. If I am not wrong in year 2018 January incident happened.

The fire rooster burning to the last before passing the baton to the dog.