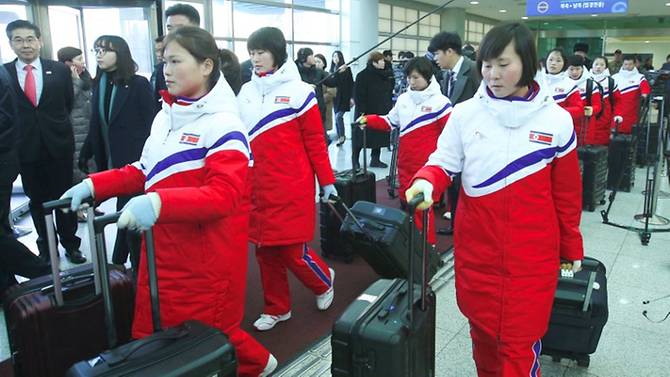 SEOUL: Fifteen North Korean hockey players crossed the border into South Korea on Thursday on their way to their first practice as part of a joint women's Olympic team with South Korea, the Yonhap news agency reported.

The two Koreas agreed during rare talks to form a combined women's ice hockey team to take part in next month's Winter Olympics in Pyeongchang, South Korea, and march together under a unified peninsula flag at the opening ceremony.