Rapist threatened to kill jogger if she screamed

Steelwork supervisor Sinnathamby Ramiah, 41, threatened to kill her if she dared to scream. Fearing for her life, the 47-year-old manager stopped resisting and he raped her.

Sinnathamby was jailed for 15 years and ordered to receive the maximum 24 strokes of the cane yesterday after pleading guilty to molesting the woman, raping her and robbing her of her iPhone worth $378.

The court heard that the 47-year-old victim was jogging in Bukit Batok Neighbourhood Park at about 9pm, when Sinnathamby spotted her while sitting on a sit-up bench in the fitness corner.

As the woman was running past him, Sinnathamby suddenly grabbed her from behind and pulled her backwards.

He also threw a loop of two cable ties over her head and across her torso to restrain her. He then dragged her off the running track and warned her not to scream or he would kill her.

Sinnathamby also tried to cover the woman's mouth with masking tape. But the woman begged him not to do it and promised she would remain silent as she feared that she would suffocate if he did so.

He then proceeded to sexually assault her. When the attack ended, he pried her mobile phone from her hand and fled the scene.

The woman managed to stumble home and told her daughter about her ordeal. The daughter called the police and the mother went to Jurong Police Division Headquarters at around 10.20pm to lodge a report.

The slogan read "low crime doesn't means NO CRIME" NEVER let your guard down and do not be complacent!!! 🤕🤒

Please send these black sheeps out of here... 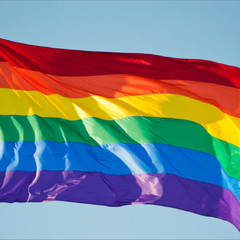