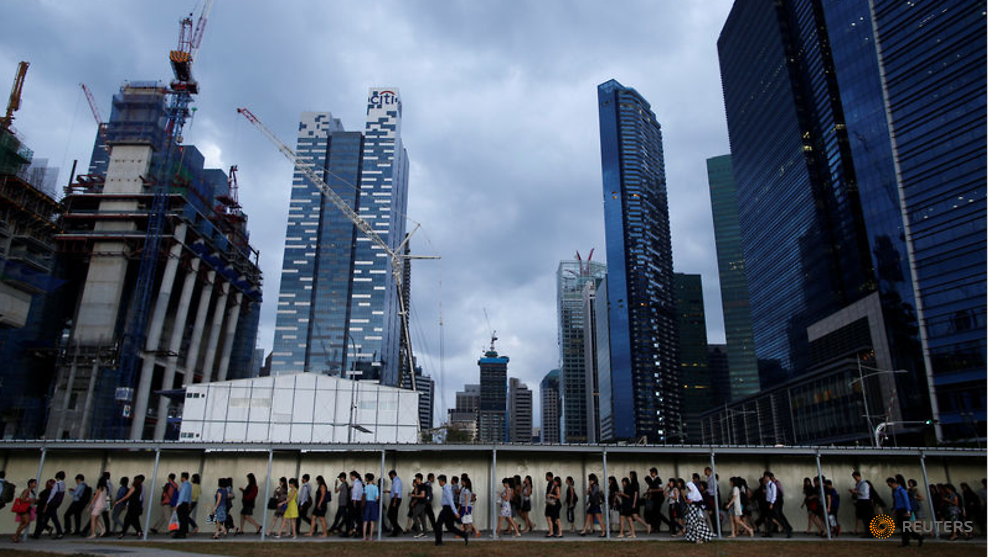 Singapore's workforce shrinks in 2017 for the first time since 2003, but more locals have jobs: MOM

SINGAPORE: Singapore's total employment, excluding foreign domestic workers, declined for the first time since 2003 by an estimated 10,700 last year, according to preliminary estimates released by the Ministry of Manpower (MOM) on Friday (Jan 26).

The increase occurred in most services sectors, including community, social and personal services, financial and insurance services, transportation and storage as well as administrative and support services.

On the other hand, the foreign employment decline was mainly due to the decrease in Work Permit Holders in the construction and marine sectors, MOM said.

The increase was due to larger employment growth in services, supported by hiring for the year-end festive season, MOM said. Manufacturing and construction employment continued to contract, but at a slower pace, it added.

However, Singapore's overall unemployment rate declined slightly on a seasonally adjusted basis in the fourth quarter of last year from the previous quarter.

The overall unemployment rate declined to 2.1 per cent in December from 2.2 per cent in September, the ministry said.

Among Singaporeans, the rate declined from 3.2 per cent in September to 3 per cent in December, while it decreased from 3.1 per cent to 2.9 per cent in the same period for residents.

Compared to a year ago, the overall unemployment rate was lower overall, as well as for both citizens and residents.

Compared with 2016, the number of layoffs declined in manufacturing and services and remained similar in construction, MOM said.

In the fourth quarter, there were 3,300 retrenchments, slightly fewer than the 3,400 in the previous quarter and lower than the 5,440 a year before.

Retrenchments declined over the quarter in construction and services, but rose in manufacturing, according to the ministry.