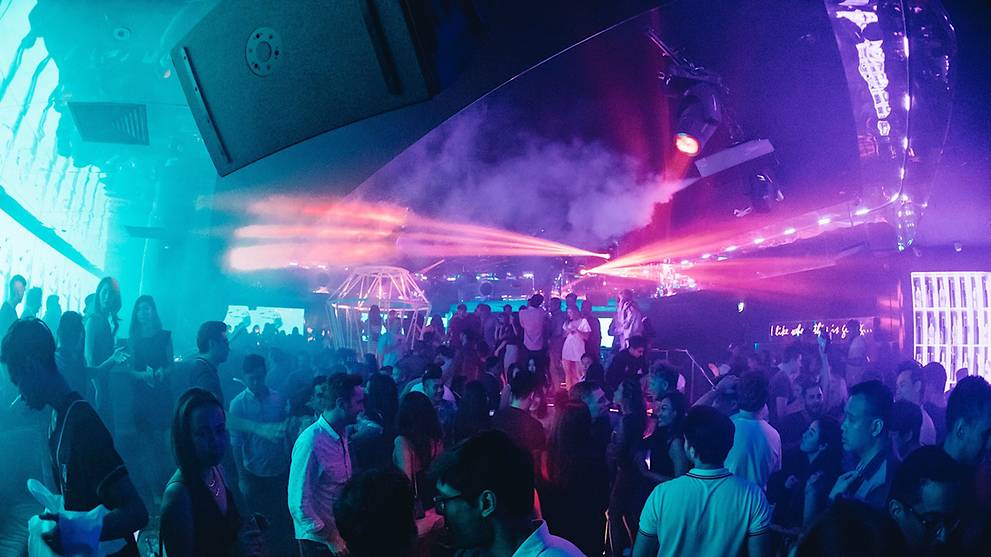 The victims were leaving Bang Bang club at Pan Pacific Hotel when they first ran into their assailants. (Photo: Bang Bang/Facebook)

SINGAPORE: A night out at the Bang Bang club ended with one man sustaining a broken nose and another missing a tooth, after a confrontation along Raffles Boulevard turned into a bloody brawl.

According to court documents, the victims - Goh Shu Liang Gabriel, Ng Chen Kai and Ong Zhehan, all 28 years old - were leaving the club at Pan Pacific Hotel at about 5am on Feb 13, 2016 when Tan grabbed the left hand of an unidentified 27-year-old woman who was with the group.

Ng reacted by confronting Tan and slapping his face. The club's bouncers got involved in the dispute and barred both groups from entering the club.

Ng and his friends left the place but Tan then spotted Ng at a taxi stand and confronted him. This led to a scuffle between the two. Ong and Goh intervened but were assaulted by Tan's friends.

The brawl stopped when a taxi driver who was at the scene intervened. Tan and friends then fled in a taxi before the police arrived. The three victims were taken to Tan Tock Seng Hospital.

Medical reports from the hospital showed that Goh had a fractured nose, while Ong had lower lip and cheek abrasions and was missing a tooth.

The four assailants subsequently paid for the victims’ medical bills, which amounted to about S$6,700, on Jan 16 this year.

In sentencing submissions, Deputy Public Prosecutor Dwayne Lim pointed out that this was a “revenge-motivated attack”, as there was a sufficient cooling-off period before the four assaulted the victims.

“This is not a club brawl, this is one-way traffic,” he added.

This was turned down by District Judge Tan Jen Tse who said there were aggravating factors of group violence and there were “severe injuries on multiple victims".

Navin received a four-month sentence as he was found guilty of an additional charge of using criminal force on a police officer in a separate incident.

The four will begin their sentence on Feb 2.