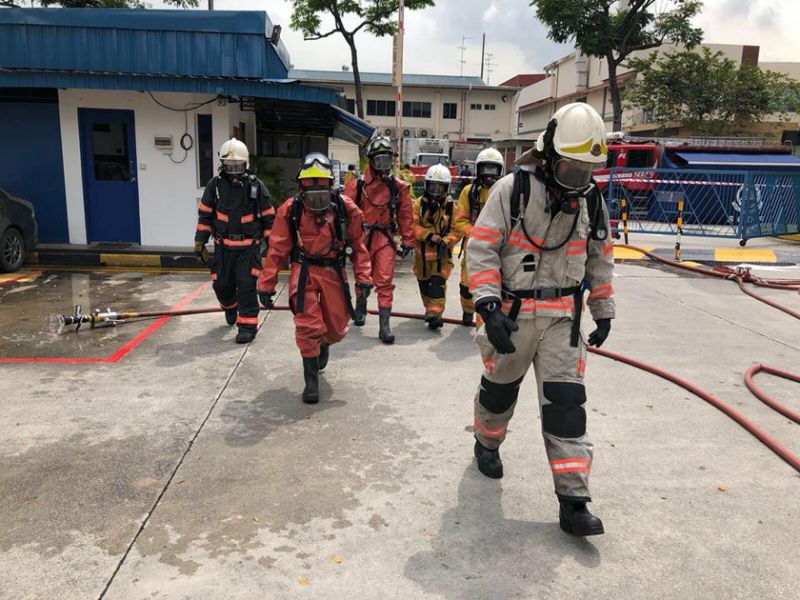 3 sent to hospital, about 100 evacuated after ammonia leak at Jurong West factory

Three people were conveyed to a hospital following an ammonia leak at a food distribution company in Jurong West, said the Singapore Civil Defence Force on Friday (26 January).

In a Facebook post, SCDF said that the casualties, who were first decontaminated by being doused with water, were conveyed to Ng Teng Fong General Hospital in a “conscious and stable condition”.

The SCDF was first alerted at 11.40am to the incident at Ben Foods located at 1 Fishery Port Road. The leak had occurred in a chiller room on the first floor of its building. About 100 workers were evacuated from the premises before SCDF arrived.