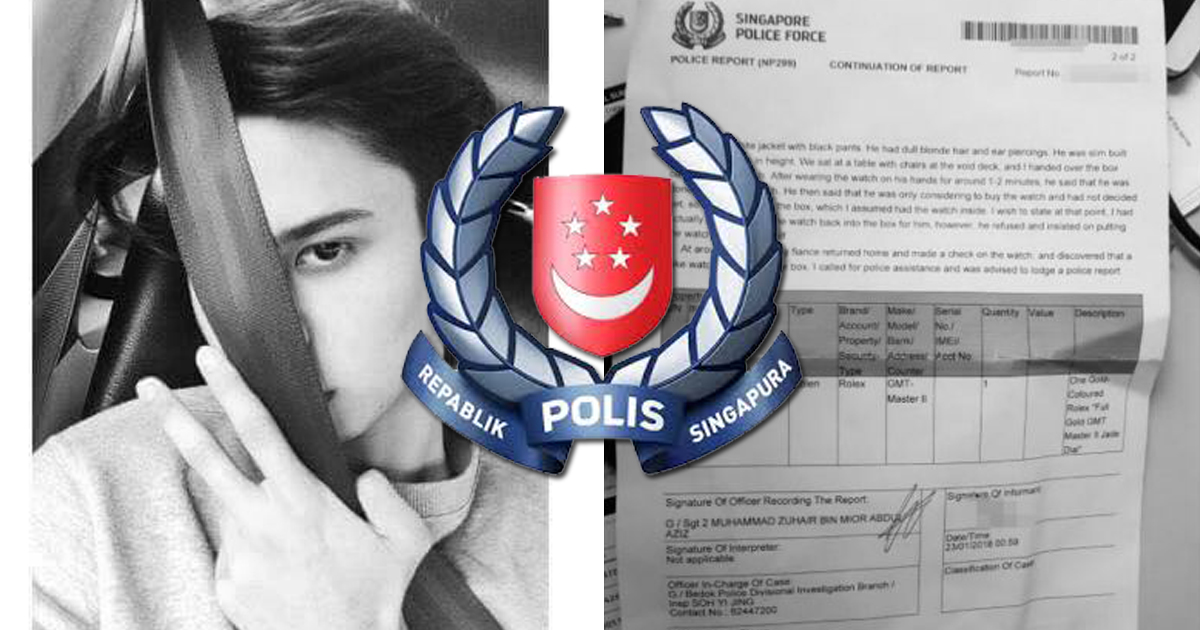 Following the story of Tang Guoxian, the man whose $35,000 Rolex watch was swapped with a fake one, his case is now confirmed under police investigation.

The alleged thief, Jim Bradley, is still in hiding both physically and socially. All his social media accounts are deactivated, except for his online store where he sells stuff. The money from the sale of the watch is supposed to be used in buying a house with his fiancé. Jim Bradly is listed as a ‘star influencer’ on blackbox.sg, but now that he deleted his social media accounts, it seems he won’t be able to influence anyone for the time being.

How did he manage to swap

never be greedy, the would be thief must have promised a high price, be careful, lots of thieves around.

The guy Jim who faked the wrist watch went to the seller with his fake Rolex watch and then he swapped the fake Rolex watvh with the original Rolex watch. He then quickly left the scene and now he is absconding. He is totally washed off himself from online contacts either. So this was a very well planned faking idea. What if the guy din't realise that the Rolex watch itself is fake on the same day evening. Then it would have been another story. How did he get the exact fake copy of the original?

Not all ang mo are rich. They are here for other reasons.

sadly, sinkees look up at whites, and think they are superior, they are scumbs, like rubbish.