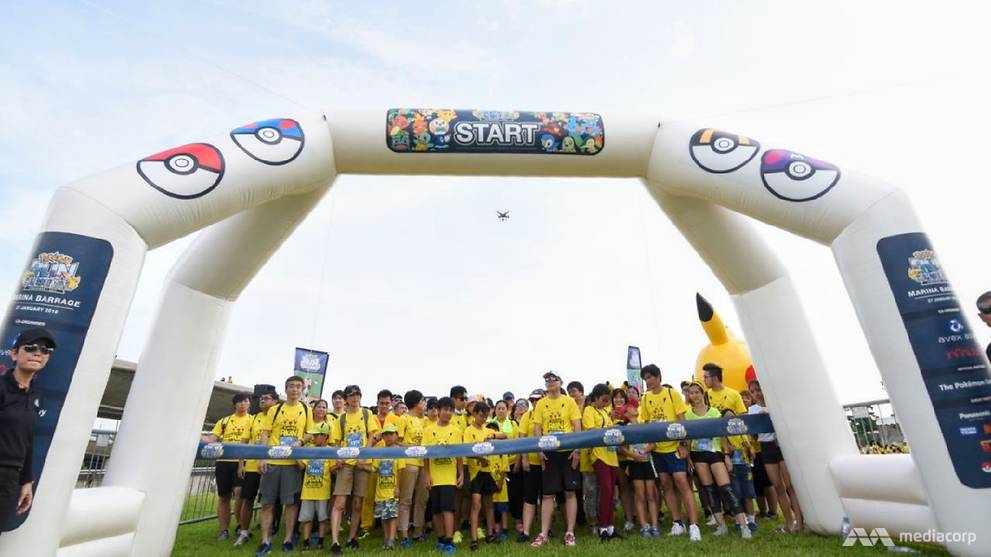 SINGAPORE: The second edition of the Pokemon Run Carnival saw 3,000 fans turn up for the event on Saturday (Jan 27), compared with 6,000 runners and spectators last year, mainly due to competition from two other events on the same day.

According to co-organiser Infinitus Productions, the low turnout had to do with a “clash of dates” with the Safari Zoo Run and indie music gig St Jerome's Laneway Festival.

“I would attribute it to the choices that consumers have for events nowadays so the attendance is quite spread out. Today … there are three events competing for the similar target audience,” said Mr Randy Tan, general manager at Infinitus Productions.

Mr Tan added that the company remains confident in the run and is looking to bring a fresh concept next year, including possibly expanding the carnival area.

"It's really just a clash of dates today ... Runs target the same type of people - families. Competition is strong but that shouldn't stop us," Mr Tan said.

“As long as you make the concept fresh and something that people would want to go for then people would still want to attend,” he added.

The event, held at the Marina Barrage, sported both a 5km fun run and a Pokemon carnival filled with games, activities and gourmet delights.

After a warm-up session guided by Pikachu, aspiring Pokemon Trainers eager to catch ‘em all set off to conquer a slew of brand new challenges along the 5km course.

Participants faced unique obstacles in fire, water, electricity and grass element zones across the route that passed through Gardens by the Bay.

There was also a Pikachu parade and a newly choreographed Pikachu dance performance.

“The Pokemon Run Carnival 2018 is a family-themed lifestyle event that brings people together through the joy of the Pokemon universe, encourages newcomers to discover the joy of running, and creates bonding memories between loved ones,” said Mr Jeffrey Foo, director of Infinitus Productions. “We’re proud to have organised the event in Singapore for the second time”.