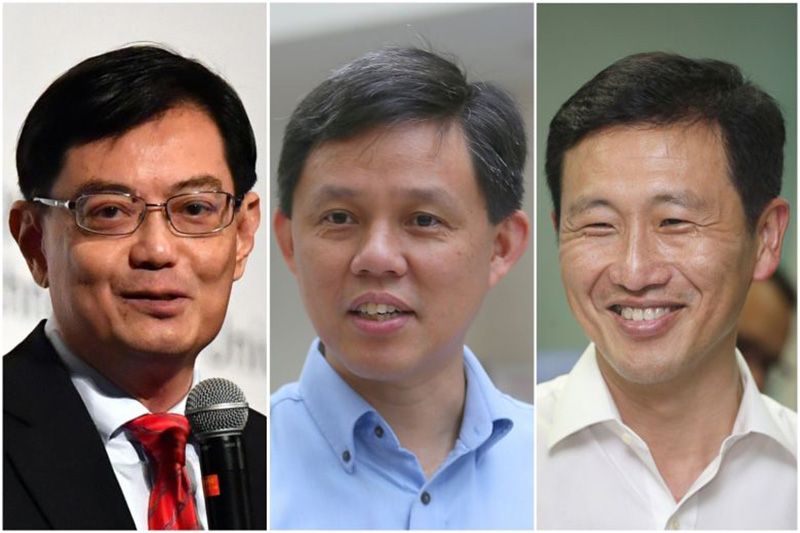 If you’ve already placed your bets on who would become the next Prime Minister, too bad—you’ll need to wait for another year at least.

After weeks of speculation about PM Lee’s successor, the man in the top seat threw a curveball by announcing yesterday he would not appoint a new Deputy Prime Minister in the upcoming Cabinet reshuffle, expected to take place after the Budget on Feb 19.

PM Lee’s rationale is that Singaporeans need more time to get a feel of the 4G leadership, who will be given more leadership roles in the reshuffle. They need to be known not just as public figures, “but to be responsible for significant policies … carrying them, justifying them, defending them, adapting them, making them work, and showing that they deserve to lead.”

These 3... One stroke patient One balls carrier and back stabber One smiling tiger.

All these are just rubbish..not fit for recycle. You got no better leaders in the Cabinet??