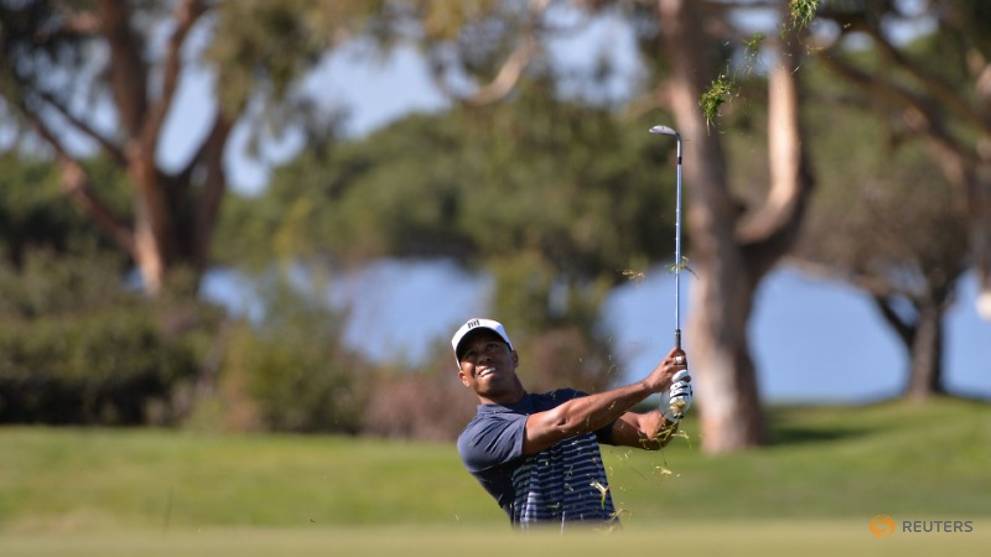 Tiger Woods drove the ball wildly but hit some sensational recovery shots to slightly improve his position halfway through the third round at the Farmers Insurance Open on Saturday.

LA JOLLA, California: Tiger Woods described his performance as "gross" after overcoming a wild driving display to shoot two-under-par 70 in the third round at the Farmers Insurance Open on Saturday.

The 14-times major champion produced some brilliant recovery shots and ran the tables on the greens on the Torrey Pines South course.

In his first official tournament in 51 weeks, since a spinal fusion last April, Woods looked out of sorts as he struggled badly with his swing, missing all but three fairways, several by wide margins.

At three-under 213, he is in a tie for 39th, eight strokes behind Swedish leader Alex Noren with one round left.

"It was gross," Woods said after finishing his round at the ninth hole.

"I didn't have much but I fought and put up a score and made some putts. It's just fighting and grinding. I tried as hard as I possibly could.

"The only thing I have is my short game and my heart, and my heart got me through today."Woods has improved his score each day, shooting 72, 71 and 70.

The fans were treated to a typically eventful Woods round that included several brilliant recovery shots that required imagination and execution.

His putting was also brilliant early on. Four times on his outward half he holed putts from outside 10 feet, and though he did not hole any long putts coming home, he did not get himself in to as much trouble either.

"I didn't hit it worth a darn all day," he said. "I was really struggling trying to find anything that was resemblance of a golf swing.

"I was trying to miss the ball on the correct sides because I knew I didn't have it. Then I had to rely on my touch, my feel, my putting, and that's been good all week."

Noren sank a 40-footer to eagle the par-five sixth and added a tap-in birdie at the par-five 18th to card 69 and edge ahead on a crowded leaderboard.

The Swede heads Ryan Palmer (73) by a stroke and is two in front of J.B. Holmes and Michael Kim.

(Reporting by Andrew Both, editing by Ed Osmond/Peter Rutherford)