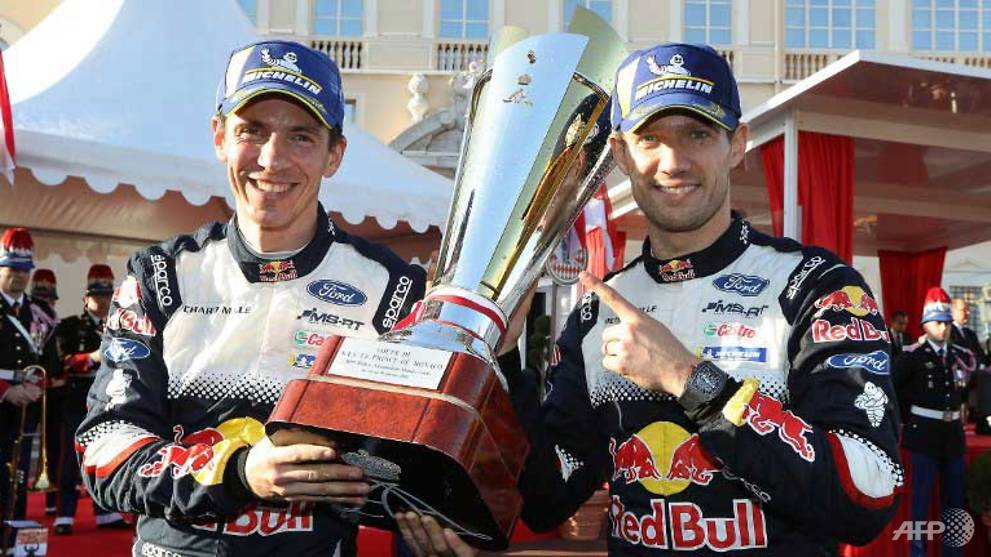 MONTE CARLO, Principality of Monaco: World champion Sebastien Ogier secured victory in the season-opening Monte Carlo Rally on Sunday (Jan 28), the fifth year in a row he has won the event.

Ogier, driving an M-Sport Ford Fiesta, for his sixth victory in the race closing in on the record of seven held by Frenchman Sebastien Loeb and starting the season in the best possible way.

Ogier, who called the Monte Carlo Rally the "race of his heart", finished in front of the Toyotas of Estonia's Ott Tanak and Finland's Jari-Matti Latvala in a race shaped by snow and ice on the roads.

"Often at Monte-Carlo, the conditions are tricky but this was particularly difficult," Ogier said. "But in the end, I won and I'm super happy."

Ogier began the final day with a 33.5sec cushion over the Estonian, but had no trouble managing his lead on Sunday as he won the opening stage of the day and Tanak opted for caution.

Ogier had taken control of the 86th edition of the race on the icy first special section on Thursday evening, despite spinning his car. On Friday, he drove into a ditch but even though he was quickly helped out by spectators his lead slipped to less than 15 seconds.

"You have to be consistent, try to not make any mistakes. I did and they cost me time but not as much perhaps as other drivers," Ogier said.

Briton Kris Meeke (Citroen) climbed to fourth by recording the best time in the 17th leg, the Power Stage (No. 17).