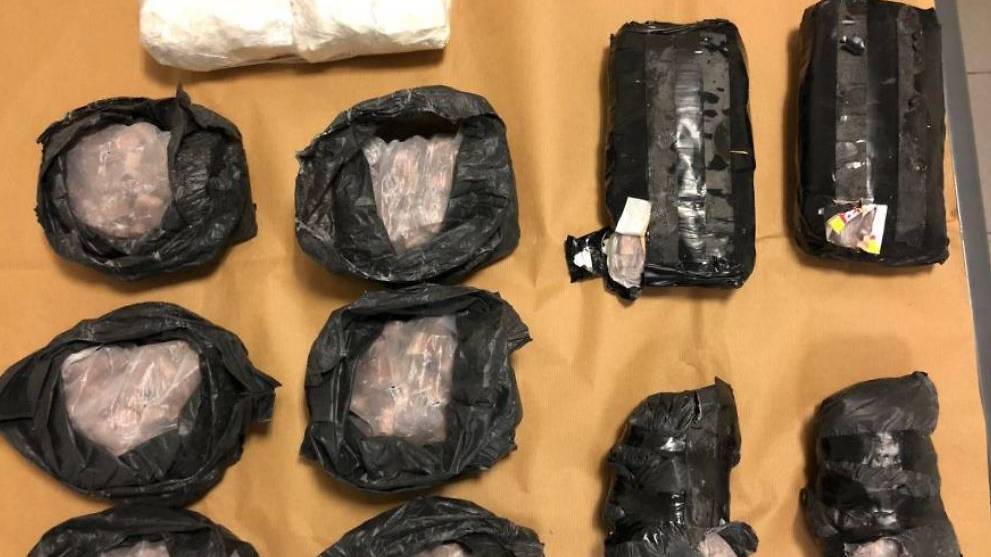 Heroin recovered from the motorcycle of a 35-year-old Malaysian man arrested in a Central Narcotics Bureau operation on Jan 26, 2018. (Photo: CNB)

SINGAPORE: Three suspects were arrested on Friday (Jan 26) in a Central Narcotics Bureau (CNB) operation where authorities seized 8.8kg of heroin - the single largest haul of heroin in three years.

Three suspected drug traffickers were arrested and a total of about 8.8kg of heroin and other drugs were found, CNB said in a press release on Saturday.

The estimated worth of the drugs seized in this operation is more than S$666,000, it added.

Shortly after, both men left the toilet separately. The 32-year-old male returned to his car while the 35-year-old male stayed within HarbourFront Tower.

CNB officers tailed the vehicle driven by the Singaporean man and moved in to arrest him "at an opportune moment", CNB said.

A 39-year-old Singaporean man who entered the car before it was stopped by CNB officers was also arrested.

About 2.2kg of heroin, 460g of Ice and 70 Erimin-5 tablets were recovered from the car.  A digital weighing scale and numerous empty plastic packets were also found.

Another party of CNB officers arrested the Malaysian man at his workplace within HarbourFront Tower 2.  Officers searched the man's motorcycle and recovered about 6.6kg of heroin, packed in different bundles.

Investigations into the drug activities of all the suspects are ongoing, CNB said.