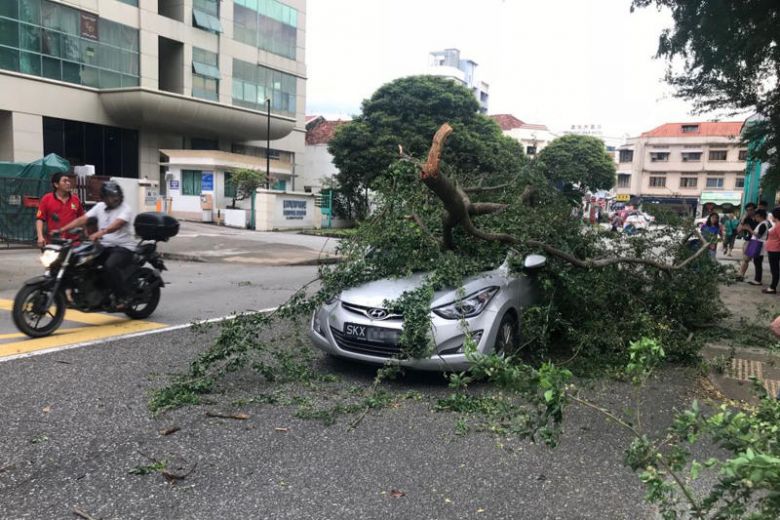 Tree branch falls on car at Geylang, traps passengers inside

At Geylang Lorong 17, a tree branch fell on a car and blocked the doors of the vehicle. According to reports, three Singaporean residents were trapped inside the silver Hyundai Elantra on January 27, Saturday evening.

The driver and two other passengers were going towards Sims Avenue when the tree branched landed on the roof of their car and damaged the vehicle at around 6 pm.

A 62-year-old driver, who named himself as Li told Shin Min Daily News on Sunday that he was going home with his 50-year-old friend and her 29-year-old daughter.

He narrated the incident by saying that, though he could not react at the time of the incident, he heard a loud noise while driving and then saw the tree branch has fallen from above on his car and left a dent on the Hyundai Elantra.

My Goodness. Government Agency will disclaim all liabilities and insist they did frequent checks.