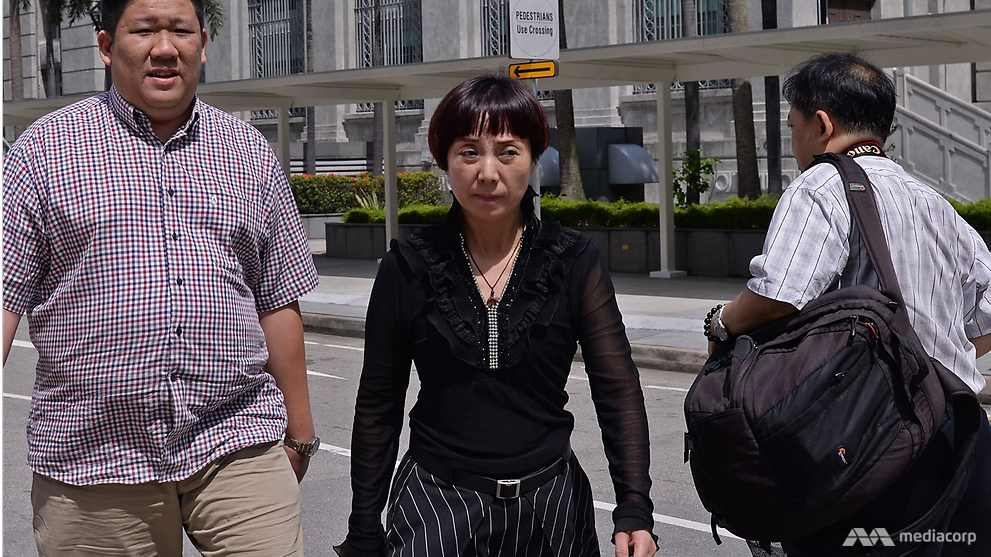 SINGAPORE: The mother of former national table tennis player Li Hu was sentenced to six weeks’ jail on Tuesday (Jan 30) for offering a €2,000 (S$3,200) bribe to the technical director of the Singapore Table Tennis Association (STTA) Loy Soo Han in return for leniency for her son.

Su Fengxian is intending to appeal against her conviction and sentence, her lawyer Alfred Dodwell confirmed.

Su was found guilty on Jan 2 of offering the bribe to Mr Loy on Oct 17, 2016, three days after Li told his mother he faced disciplinary action for following his girlfriend to spend the night at his dormitory on several occasions, violating house rules. Li was sacked a week later.

“Table tennis has been recognised as one of Singapore’s seven core sports, and the national team has delivered exceptional results in international tournaments,” Ms Kaur said.

As Singapore table tennis “enjoys great visibility and enhanced reputation … a strong signal must be sent to deter any attempt to bribe STTA officials … so as to minimise or reduce the potential damage to Singapore’s reputation in the international sporting arena that may be caused by the taint of corruption,” the prosecutor added.

Mr Dodwell, Su’s lawyer, had urged the court to impose a fine.

In sentencing Su to six weeks’ jail, District Judge Chay Yuan Fatt said it is in the public interest to protect the integrity of STTA officials, as table tennis is one of Singapore’s high-profile sports.

Su is on bail of S$15,000 pending the hearing of her appeal. Her son is a Singapore citizen and owns a flat here, Mr Dodwell said. Su and her husband are retired and have sold everything in China to move to Singapore to live with Li, he added.

For bribery, Su could have been jailed up to five years and fined up to S$10,000.