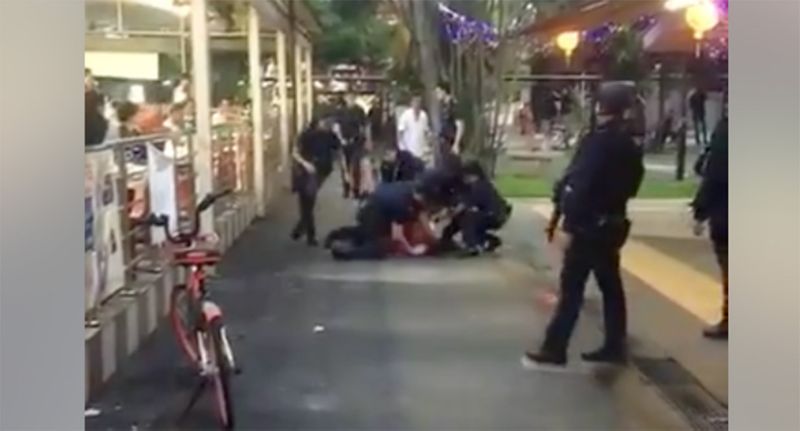 A 60-year-old man was arrested by the police after he was seen waving a chopper at a coffee shop in Eunos on Sunday (28 January). In a video posted online on Monday, the man in a red shirt was seen shouting near the coffee shop while a group of police officers were standing nearby.

A group of five officers then moved in and pinned the man on the ground. Officers from the Singapore Police Force’s (SPF) Emergency Response Team were also seen in the video. The video has been shared more than 1,900 times as of 6.15pm, Tuesday.

An SPF spokesman said on Tuesday the police received a call for assistance at 6.59pm at Block 7 Eunos Crescent. The man was arrested for possession of an offensive weapon in a public place and suspected drug-related offences, said the spokesman.

He will charged as physical assault and rioting.

what if the chopper is fake

Still not confirm may be frm imh patient Who knows