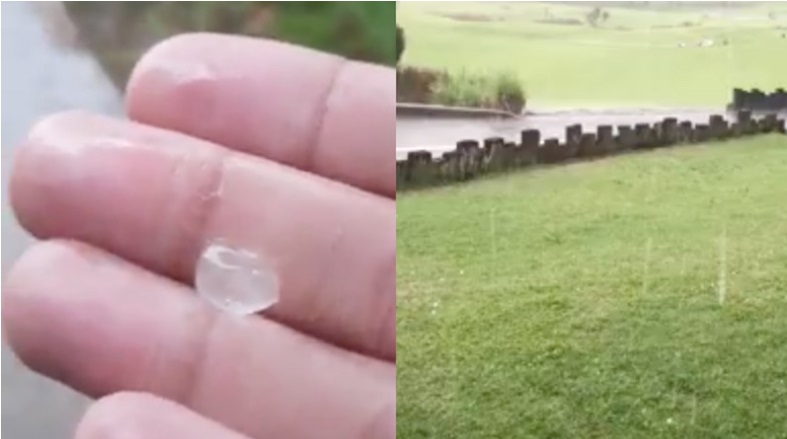 Residents in the northern part of Singapore reported seeing hailstones across neighborhoods like Yishun, Seletar, and Ang Mo Kio during the heavy downpour yesterday evening. Loud bolts of crackling thunder were heard during the storm, and a number of netizens recounted their experiences seeing small white objects raining down in places such as Nanyang Polytechnic, Seletar Airport, and Seletar Country Club.

The torrential rain also brought about strong winds, which saw a large tree branch crash into one of the pasar malam tents in Chong Pang, a tree uprooted near Yishun Secondary School, a fallen tree branch near Sembawang Country Club, and a brief flash flood in Seletar.

Even if you didn’t catch the hailstones in person, check out the videos on social media.

Of course, this isn’t the first time hailstones have been spotted in Singapore. They were reportedly seen during a thunderstorm in the Turf Club area in 2014, as well as around the Bukit Batok neighborhood in 2013.

But let’s not forget the viral meme of this strangely mesmerizing lady who actually tasted the hail in 2013.