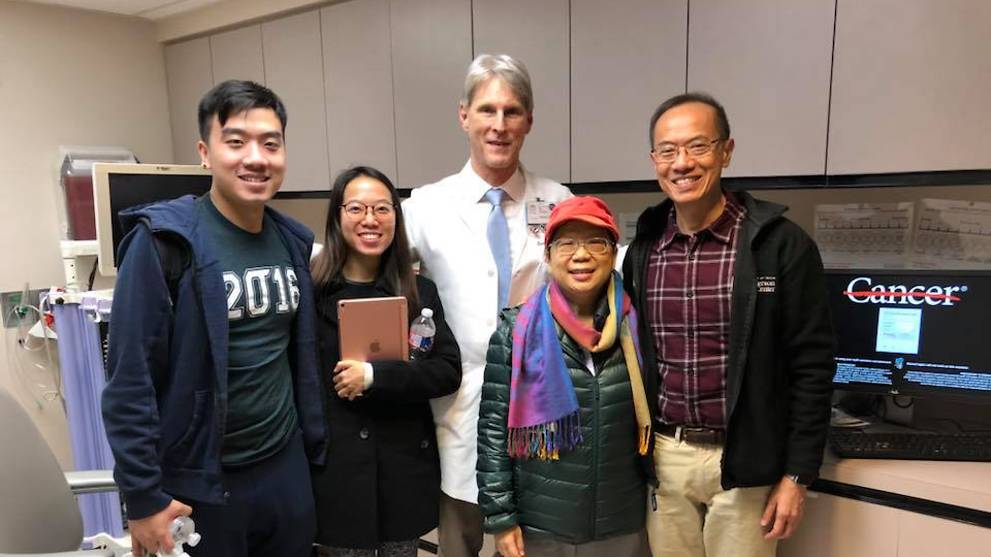 Mrs Yeo was diagnosed with a rare "aggressive" cancer - sinonasal undifferentiated carcinoma - in July last year, and experienced a loss of her sense of smell. The couple visited the US in the same month for Mrs Yeo's treatment.

In a post on Facebook on Thursday (Feb 1), Mr Yeo said there is no longer any trace of her cancer, although she has to be under close surveillance especially in the first two years.

The tumour "virtually melted away" after the second cycle of chemotherapy, he added. Altogether, she went through four cycles of chemotherapy and 33 sessions of proton beam radiotherapy.

"After more than six months in Houston, we look forward to returning home," Mr Yeo wrote.

Mrs Yeo, a lawyer, is also the founder of the Viva Foundation, an organisation that works closely with the St. Jude Children's Research Hospital in Tennessee to tackle childhood cancer.