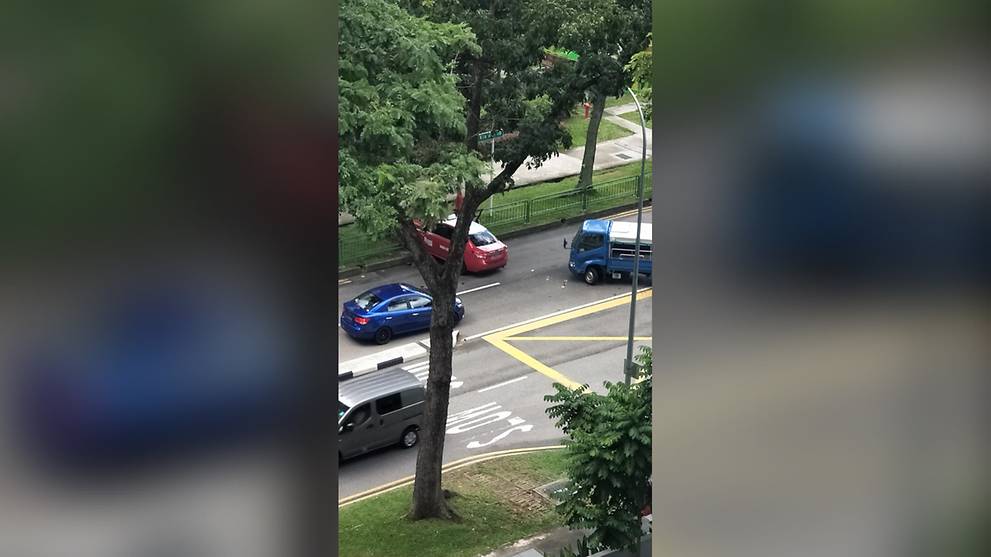 The taxi crashed into railings after getting into an accident with a lorry. (Photo: Ang Tiong Boon)

SINGAPORE: A taxi crashed into railings at the side of the road in Ang Mo Kio after getting into an accident with a lorry on Thursday afternoon (Feb 1).

The police said they were alerted to the incident at the junction of Ang Mo Kio Avenue 10 and Ang Mo Kio Industrial Park at about 3.30pm.

Channel NewsAsia understands that both drivers were male, and that neither had any passengers.

A photo circulating online of the incident appears to show a Trans Cab taxi crashed into railings at the side of the road, with debris on the road and a blue lorry behind it facing against the flow of traffic.

No injuries were reported, and police investigations are ongoing.