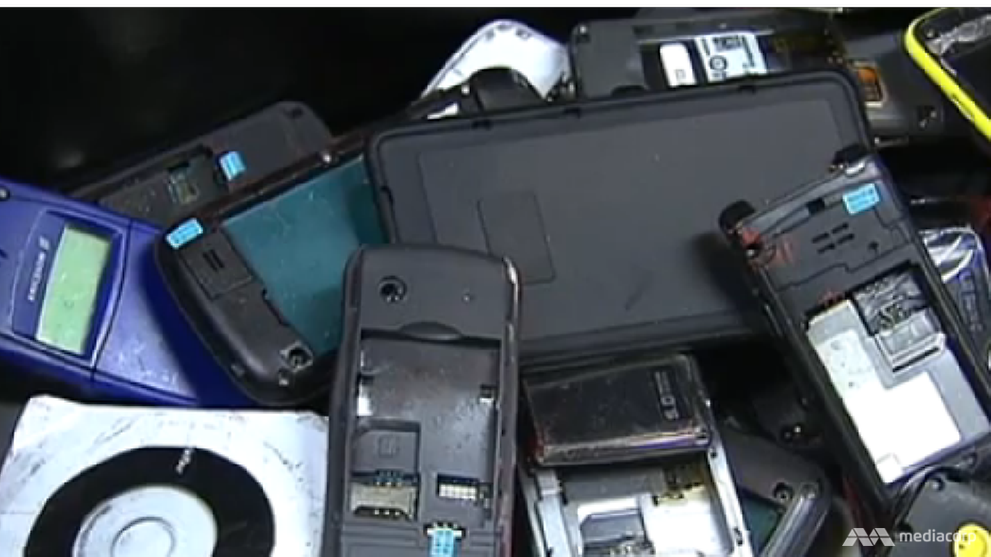 SINGAPORE: Manufacturers and retailers of electronic goods will soon need to take responsibility for the disposal and recycling of their products as the government intends to introduce regulations to reduce electronic waste.

"This means we have a target for the original producers to look at what they can do to retrieve this e-waste that is produced in the first place," said Mr Masagos.

"Put a target, either through an incentive or a tax system, to make sure this is something they can do effectively.”

Mr Masagos said this is a timely move as the improper disposal of e-waste releases toxic chemicals into the environment.

Singaporeans generate 60,000 tonnes of e-waste yearly, and this figure is expected to rise as the country moves towards a digitised future.

EPR isn't a new concept and Mr Masagos said Singapore has to catch up.

He cited an example in Denmark, where the implementation of the EPR framework in 2014 produced a collection rate of 76 per cent of e-waste.

For other countries in the European Union, recyclers are subjected to targets and 80 per cent of large household appliances and 70 per cent of communication technology (ICT) equipment must be recycled.

But Mr Masagos acknowledges that getting stakeholders in Singapore to come on board is not an easy process.

The government will start by setting smaller e-waste collection targets.

“We will take into consideration that it is new, so we will slowly bring it up. Once the system gets better oiled, it will be more successful,” he said.

Some local telecommunication companies like Singtel and Starhub have collection points for customers to return old devices while Fuji Xerox has collected used appliances from clients as far back as 1995.

Ms Janet Neo, head of corporate sustainability at Fuji Xerox said that the company has appointed one employee to be a full-time green evangelist, to educate clients on sustainability.

“We realise that in the office, the only person who knows that the product is recyclable is the office manager. So we have appointed one colleague to be a full-time green evangelist to help customers in office management become greener, smarter."

Ms Neo said the company has achieved a recycling rate of 99.9 per cent, as the components used in the products are mostly recyclable.

She was one of the 37 stakeholders present during the consultation session.

Besides revamping corporate practices, participants also said that consumers must change their lifestyle habits, such as repairing products where possible, to minimise wastage.

"Some of the difficulties we face are when people don't want to repair broken products and when people buy new things for the sake of buying,” said Ms Sari Atiqa Ramli, project lead at Sustainable Living Lab.

The social enterprise runs Repair Kopitiam, a community initiative that teaches people how to repair broken appliances to minimise e-waste.

"The things that people throw out are actually in good condition. I would suggest that they give it to someone who needs it more, or even consider using it again till it can't be used anymore," Ms Atiqa added.

If products cannot be repaired, the government is considering involving rag-and-bone men in the e-waste collection process by teaching them proper disposal and recycling methods.