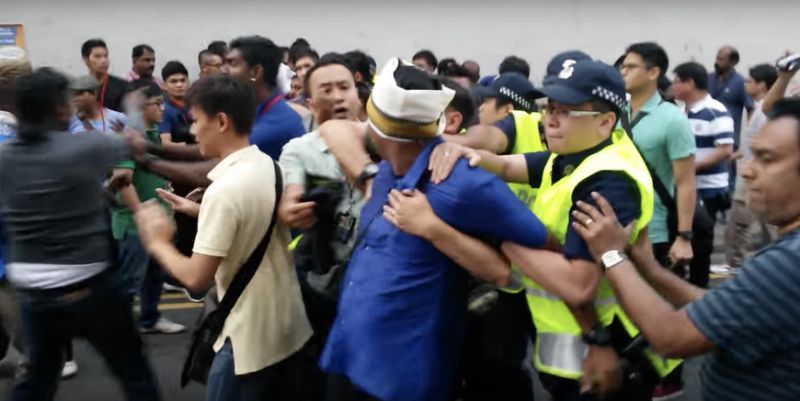 Three Singaporean men who were involved in a scuffle during a Thaipusam procession in 2015 were found guilty of disorderly behaviour and making religiously insensitive remarks on Friday (2 February) after a trial. The incident was caught on a video that was widely circulated online.

Ramachandra Chandramohan, 35, was found guilty on seven charges including disorderly behaviour, hurting several policemen, verbally abusing an officer and hurting the religious feelings of a Malay officer by insulting Islam.