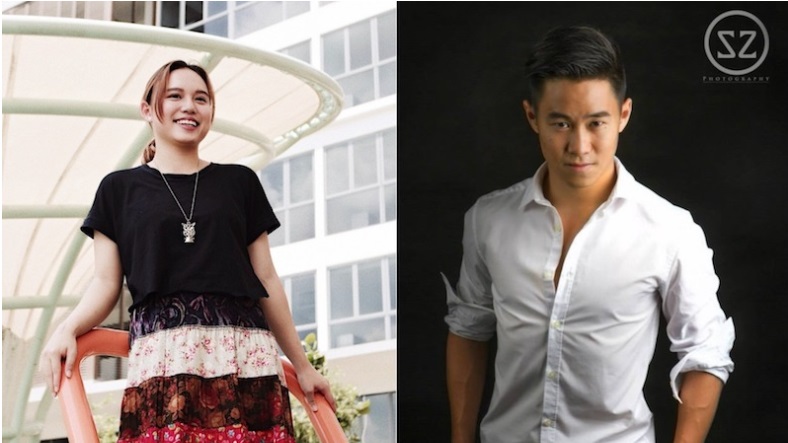 A day after Eden Ang’s alleged victim identified herself, another woman has stepped up to the plate to offer a story of her own, casting further bad light on the social media influencer.

Here’s everything you need to know about the scandal so far. TL;DR — 31-year-old local actor, YouTuber, and singer Eden Ang is accused of acting inappropriately with his 18-year-old personal assistant. His behavior included sending lewd messages, making her strip down to her undies, and spanking her ass.

Nearly a week after the scandal emerged, a girl who identified herself as Lilith went on her Instagram account to claim that she was Ang’s victim, and to confirm all the aspersions cast on her former employer as true.

Now, Nicolette Lim, a 20-year-old former national gymnast, has taken to Facebook to accuse the entertainer of verbally harassing her in 2015, when they first met on a drama set. Similar to Lilith’s alleged experience, Ang reportedly sent lewd (and cringe-worthy) messages to Lim, including ones that commented on her pubic hair and underwear. These included:

“You were wearing a beige underwear right?”

“But I can see you shave”

“I can see your pubic hair”

Here’s where it gets terribly Harvey Weinstein-esque. According to Lim, Ang offered her a role in one of his many (basic AF) videos and invited her to his house for an audition… that apparently required her to wear a mini skirt and g-string. When she said that she didn’t own any, Ang allegedly offered to buy her one, and even “teach (her) how to wear” it.

If all this sounds a tad familiar, it is. Ang was also accused of sending lewd messages to Lilith, in which he asked her to wear a “cute” g-string.

After a couple more uncomfortable exchanges, Lim decided to end the conversation by feeding him an excuse that involved her mother. He stopped sending her messages soon after.

The gymnast also explained why she didn’t come out sooner with her story.

“I kept mum because I was embarrassed and terrified that people wouldn’t believe me because he is a Social Media Influencer.”

“But now, I’ve learnt that I should always stand up for what is right, regardless of the other party’s status or position.”

Receipts of the messages would have provided a more solid case to her claims, but unfortunately, Lim didn’t keep them.

“Since I wasn’t going to expose him and keeping the conversation meant a constant reminder of my stupidity (this is a personal feeling), I deleted ALL messages.”

At this point in time, Ang has allegedly harassed two ladies — so it’s probably not a wise decision for the influencer to stay mum or hide behind the unquestionable support of his fellow actor buddies. Lilith may have been a private citizen, but Lim was a national athlete, and for someone of her stature to publicly accuse Ang of harassment, this scandal might go deeper than what we initially conceived. We await Ang’s team for comments on this development.

Why reporting only now when accusation was in 2015? Was he sending you such lewd messages cos you are inviting? or you are enjoying him praising your pubic hair?? Indecent character