Johor immigration warns Singaporeans to behave when traveling to Malaysia!

Following a scuffle at the Woodlands Checkpoint on Tuesday (30 Jan), the Johor Immigration department has made a statement to remind foreign motorists to behave.

On Tuesday, a Singaporean couple was arrested after getting into a heated argument and scuffle with a Malaysian Immigration officer. They had allegedly threw their passport at the officer.

According to Johor's immigration department director Rohaizi Bahari, this was not the first case.

Malaysian passport control personnel have been having issues with misbehaving Singaporeans who refuse to follow orders and even get abusive. Some would abuse the officers verbally while also making physical threats.

Other issues also include openly violating the rules. Despite clear prohibition that photography and videography are not allowed at checkpoints, there have been people who continued to flout the rules.

Director Rohaizi Bahari reminds foreign motorists at any of the land checkpoints that they must abide by Malaysian laws and cooperate with the immigration department officers.

If they are found to have violated any rules, they could be refused passage or even arrested.

first of all wherher we r sg or my we must show our respect or behave ourself b 4 u wan other 2 do the same.

Shame on these “highly educated” people 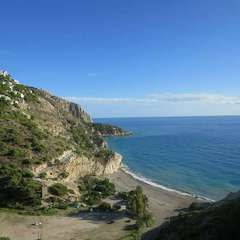 I seen them detain people who complained. So u complain to them, they can detain u. U complain on FB, they can’t. Thus stop u from video / photo..

No matter how long the queue is they can still chit chat away instead of doing their job. Not very professional...

both SG and MY immigration are the same.

Your comment is borne out of real experience or just talk? My wife is MY & I’m SG, we go through SG custom at roughly same time but she always need to

Wait for me at MY custom becoz I’m stuck at the fcking long MY queue... How are they the same?

my own experience dude.

I dun think it is the Singaporeans who are “ya ya”. Fact is JB custom are not trained properly. There’s no urgency in their work.