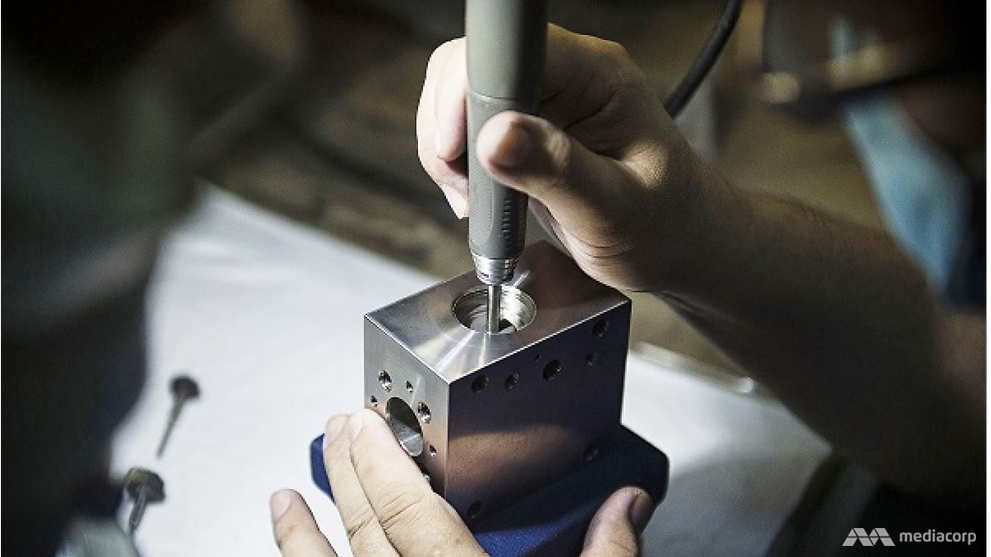 A worker at a manufacturing facility in Singapore. (Photo: TODAY)

SINGAPORE: Singapore’s manufacturing sector expanded for the 17th consecutive month in January to record its highest reading in eight years.

The Purchasing Managers' Index (PMI) - an early indicator of manufacturing activity - came in at 53.1 points, an increase of 0.3 from the previous month, according to data released by the Singapore Institute of Purchasing and Materials Management (SIPMM) on Friday (Feb 2).

This is the highest level since December 2009 when the reading recorded 53.3.

“This latest PMI reading marked a good start of the year for the manufacturing sectors, which was boosted by the non-electronics sectors,” said SIPMM.

The institute attributed the improved reading to a faster rate of expansion in factory output, new orders, new exports and inventory.

The electronics sector recorded its 18th month of continued expansion, posting a reading of 52.9 following a further drop of 0.3 point from the previous month. The data attributed this to a slower rate of expansion in new orders, new exports and factory output.

The electronics order backlog also contracted for the first time after expanding for 12 consecutive months.

“Anecdotal evidences suggest that electronics manufacturers remained optimistic of continued growth for the sector despite the slowing rate of expansion in recent months,” SIPMM said.